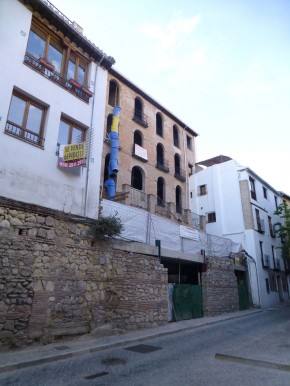 Remains of the first walled urban estate in Granada, from the Zirid period, have been discovered on the ground floor of a residential and commercial space building in the Plaza de Santa Inés Alta in the Albayzín. The focus is on an 18-metre stretch of wall which forms part of the old Alcazaba Qadima, discovered during the restoration work being donde on the building located at No.2 in the square, and that have been on hold for years. Get to know this Tour of Albaicín and Sacromonte. 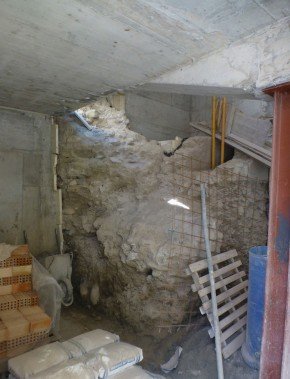 In fact, part of the stretch that was discovered dating back to the 11th century is visible from Calle San Juan de los Reyes, as it is located on a part of the property that provides access to the parking garage.

Last 27th of March, the cultural association Oppidum Eléberis, intrigued by heritage and related topics, through its representative Narciso Crespo, wrote to the the Andalusian Government’s Office of Culture in Granada to find out if the discovery was related to the old Zirid wall and if confirmation of its importance was planned, as well as action to “protect and restore the value of the remains of the wall during the new construction project”.

Crespo believes that since they are responsible for the tutelage, protection and dissemination of historical heritage, the autonomous community government must “protect [the wall] from destruction and guarantee its conservation” in the building project.

On the 14th of April, the Office of Culture responded, stating that it had undertaken a preventative archaeological intervention that “had permitted documentating of a stretch of 11th century wall”.

With regards to the protection of this stretch of wall from the Zirid period, the Andalusian Government states that the Department “can establish appropriate conservation measures in order to avoid any harm that construction work could cause”, but clarifies that “restoring the value should be done by the owner of the building where the wall is located”. 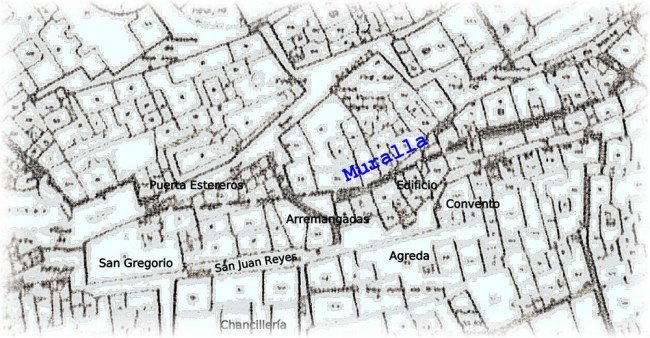 Carvajales The property is located between the Placeta de los and San Juan de los Reyes, one of the main thoroughfares of the Moorish Albayzín, where there are still remains of the wall integrated into some houses and hotel establishments. The building dates back to 1931 and sticks out due to its height and the brick visible on its rear façade.

On the 21st of October 2008, the developer, a Cordoba company Urbanas Baena López Hermanos, which was not granted restoration aide by the municipal government, obtained a licence on 21 October 2008 for work that was due to be completed in November 2011. There has already been a two-and-a-half year delay.

Carlos Sánchez, an architect and expert in heritage and conservation restoration, confirmed that it is an 18m-long stretch of wall that is to be integrated into the building and opened for visitation. He stated that “it has some very interesting characteristics because it widens and it’s possible to excavate behind to gather information about what used to be there”.

According to the architect, the developer, which GranadaiMedia hasn’t been able to get in contact with, is now interested in redefining the use of the building – from residential, to service sector use – although as the Granada City Hall’s Planning Department is unaware of any such request have been made. The Office of Culture has been unwilling to release a statement while waiting for the matter to be processed by the Provincial Commission for Historic Heritage.

The stretch of wall is located very close to the no longer existing Puerta de los Estereros (Bab al-Hassarin), in what is now Plaza de San Gregorio. At the time, this was one of the main streets, due to the intense commercial and trading activity that took place there in the past.