Dar al-Horra Palace, the House of the Honest Lady

On Callejón de las Monjas, right in the heart of the Albayzín (Tour Albaicín and Sacromonte), safeguarded between the convent of Santa Isabel la Real and the Zirid wall that has surrounded the city since the 11th century, is one of Granada’s many Nasrid treasures and one of its lesser known yet more interesting monuments. Today, the Palacio de Dar al-Horra, House of the Honest Lady, is still perched on the highest part of the ancient fort of the Alcazaba Qadima. 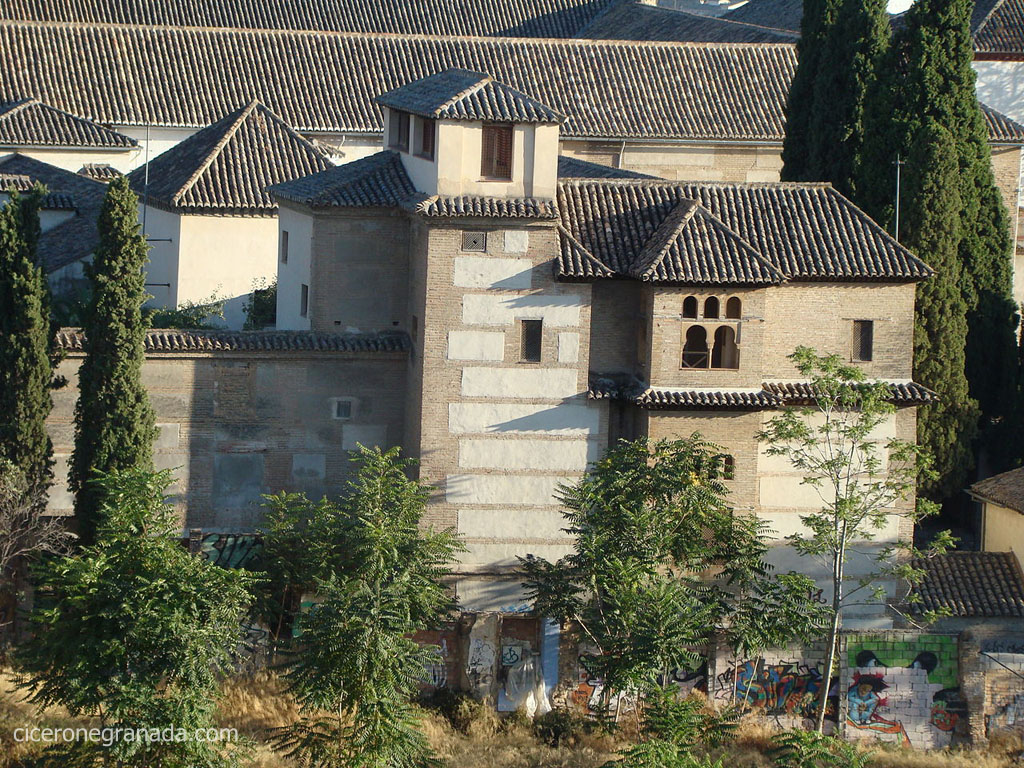 It is one of the few Nasrid buildings that still stands in the city, but unfortunately, its state of conservation doesn’t correspond with the beauty, history and legacy that its walls suggest. 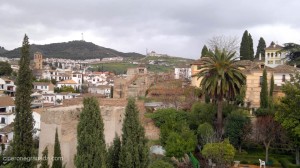 Views from Palacio Dar al Horra. Queen Aixa, Boabdil’s mother, is the great dame that lent name to this monument: House of the Honest Lady, in Arabic. The emir, Muley Haze, had recently married his young captive, Isabel de Solís. She converted to Islam under the name Soraya, the morning star, and had become the favourite; the king’s partner in both personal and public life. Feeling relegated and rejected by her husband, and fearing that her son would no longer be heir to the throne, she took refuge in this Albayzín mansion, from where she observed the Alhambra palaces, plotting conspiracies to reinstate her lost power at the Red Fort. 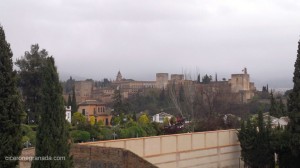 The love triangle between Soraya, Aixa and Muley Hazen was one of the most influential factors in the division, decline and weakening of the Nasrid kingdom. After the Conquest of Granada by the Catholic Kings, the Palacio de Dar al-Horra was assigned to Hernando de Zafra, and was later integrated into the cloister of the nearby Monasterio de Santa Isabel la Real until the 20th century, when it became a state asset. 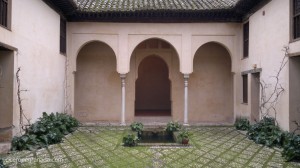 It has two floors and a tower which are distributed around a central patio, as seen in all of the buildings which were built in Granada during the Nasrid period – all of them provide a  beautiful example of Nasrid civil architecture. In the courtyard are two doorways with arched galleries which are supported by the typical Nasrid capitals, similar to those that can be seen in the Court of the lions in the Alhambra. They surround a small, square pool around which the rooms of the house were located. This is very common in typical Granada houses. 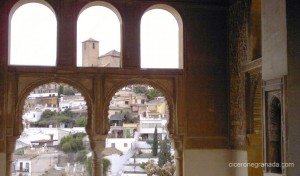 It is still possible to see some of the paintings on the ceiling in the lower room. In the upper room however, the star role goes to a magnificent lookout which is not only the building’s most characteristic element, but also identifies this magnificent Dar al-Horra palace from the outside. 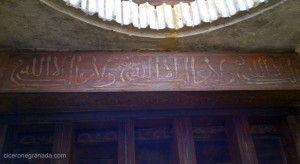 Its wooden ceiling consists of a frame made up of jointed rafters and is also a jewel, despite the fact it has suffered various modifications throughout history, such as the substitution of one of its bays with a small Mudéjar nave that was used as a provisional church until the monastery itself was completed. As a result, the majority of the palace and its original decoration has, until today, been well conserved.

However, at present it remains closed to the public and cannot be visited. It can only be seen from the outside, while awaiting the institutions to agree on a good use for the precious monument, and therefore justify repairing the the cracks that are causing the original structure to deteriorate.