In 2011, a team of curators and historians led a project to recreate the court of a medieval palace, with construction techniques and resources of the Middle Ages. This video seemed very interesting for us, because it is very easy to imagine how the Alhambra Nasrid palaces were built, with the same procedures and tools. The only difference is that today, the “workers” wore white coats… 😉

How the magnificent Moroccan art work is made

In 2011, The Metropolitan Museum of Art opened the New Galleries for the Art of the Arab Lands, Turkey, Iran, Central Asia, and Later South Asia, which house the Museum’s renowned collection of Islamic art. A vital part of the installation was the Patti Cadby Birch Court, a Moroccan court built by a team of experts—from curators and historians to designers and craftsmen—over many months. Complementing the works on view, which span the past fourteen hundred years, the Moroccan Court provides an experience of space and architecture while demonstrating artistic traditions that still thrive in the Islamic world.

This video documents a marvelous journey from Fez to New York, and the creation of a twenty-first-century court using traditional fifteenth-century methods.I

The court was made possible by the Patti and Everett B. Birch Foundation. 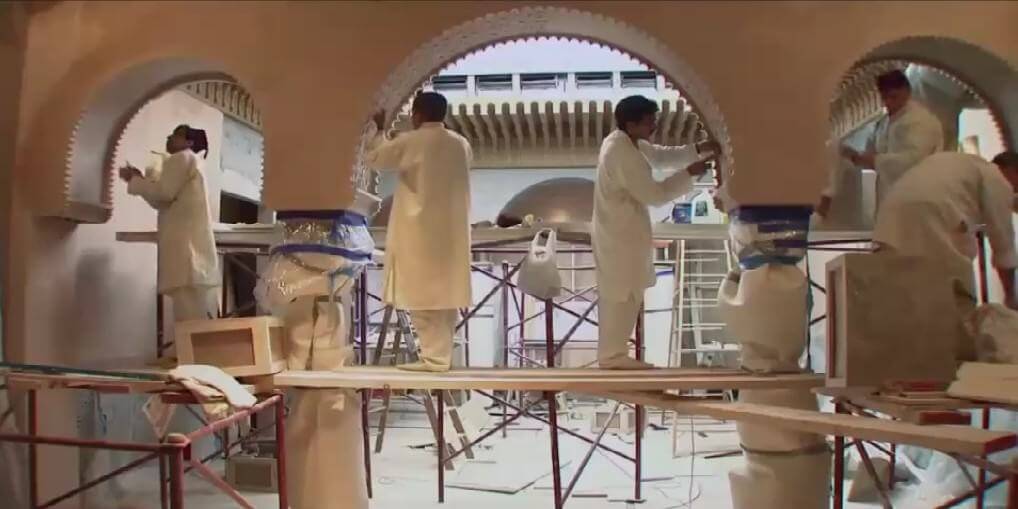 You also may watch here the full video: