The Alhambra is hosting the last meeting between Falla and Zuloaga

ZULOAGA AND FALLA ‘MEET AGAIN’ AT THE ALHAMBRA 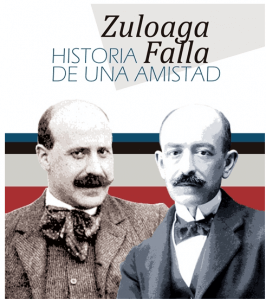 This is the story of a friendship. The main characters are Manuel de Falla (1876-1946), Ignacio Zuloaga (1870-1945) and the Alhambra, the best possible stage for two of the most important artists of the first half of the 20th century to meet again. The exhibition on view at the Temporary Exhibition Room of the Granada Fine Arts Museum on the first floor of the Palace of Charles V will be open until 18 September, and traces in over 150 pieces the personal relationship between the two men and the most important projects on which they collaborated.

The exhibition “Ignacio Zuloaga and Manuel de Falla. Story of a Friendship”, takes us on a chronological journey (1913-1939) through the joint projects of these two exceptional creators via their letters, photographs and news reports. These are joined by the paintings of Zuloaga and the music of Falla in order to place the exhibition within its historical context in “an extraordinary period of artistic modernity”. The exhibition, curated by José Vallejo, has exhibits loaned by the Zuloaga Museum and the Manuel de Falla Archives, in addition to others from the Reina Sofía Museum in Madrid, the Almagro National Theatre, Granada City Council, the Council of the Alhambra and Generalife, the Cervantes Institute in Paris, the Catalonia National Art Museum and the Bilbao Fine Arts Museum, as well as from private collectors.

Research indicates that Manuel de Falla (1876-1946) and Ignacio Zuloaga (1870-1945) probably met in Paris in 1910, but there is no documentary evidence of their relationship until 1913. This is where the exhibition begins with a letter in which the composer asks his painter friend for help and advice regarding the staging of “Life is Short” (La Vida Breve).

Over the next two decades Zuloaga and Falla met in Paris, Madrid and Granada among other cities. Their friendship led them to work together on various projects such as the inauguration in 1917 of schools for the people (Escuelas Populares) in the house in which Francisco de Goya (1746-1828) was born in Fuendetodos. Falla attended the inauguration and took part in the events by playing the harmonium in the parish church, searching for inspiration for the composition of his final jota in his ballet the ‘Three-Cornered Hat’ (Sombrero de tres picos). 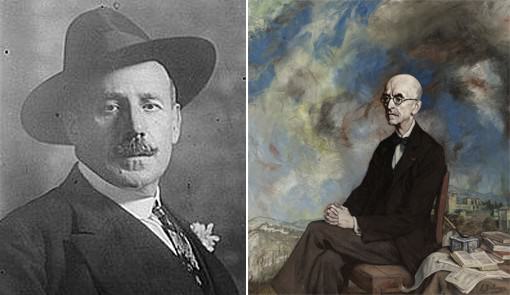 Their friendship also led them to work together on a project in which they were responsible for both the music and the staging. The initial idea took 15 years to take final shape in the performance of Master Peter’s Puppet Show (El Retablo de Maese Pedro) at the Opera Comique in Paris in 1928. For almost twenty years the two artists also worked on a variety of other projects, most of which were of social interest. These included the Granada Cante Jondo Flamenco Singing Competition organized by Falla, Lorca and Fernando Vílchez and Zuloaga’s exhibition at the Meersmans Museum in Granada, both in 1922. The two artists last met in 1932, when Falla stayed at Zuloaga’s house in Zumaya before leaving for Argentina, where he died in 1946, a year after his friend. A farewell letter from Argentina was a goodbye that both men realized was definitive.

More info in Patronate of the Alhambra and Generalife