Next weekend, a Jewish group is coming to visit Granada, following the footprints of their Sephardic ancestors, getting to know their shared history, in the hands of Cicerone.

Granada’s history is closely tied to Al-Andalus, and the tradition of all three cultures. The link that the city maintains with the Jewish world is therefore particularly significant. For many years, Jews have been distanced from the collective memory of Granada’s history. However, it seems that over the last few months, various private enterprises have been trying to rediscover and revalue the footsteps that the Sephardic Jews left in our culture, history and heritage. Places like the Museo Sefardí in Granada’s Jewry, or the recent inauguration of the Palacio de los Olvidados, in addition to remembering this part of our legacy, seem to be attracting Jewish people from all over the world who want to find out about the heritage of their ancestors. 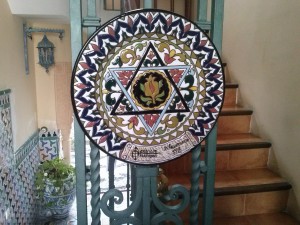 The last Muslim stronghold in the province was in the Nasrid city where Jews, Muslims and Christians cohabited for many years. It is also a sad memory for the Sephardic community because the Catholic Monarchs signed the decree for their expulsion in Granada in 1492. Jewish communities from around the world are always conscious of their roots and the link with Sepharad, Jewish Spain in the Middle Ages. For them, it has not been forgotten.  So, a Jewish group from the UK will be visiting Granada next weekend as part of a trip organised by Jewish Heritage Tours in collaboration with the local company, Cicerone Cultura y Ocio. After finding out about the Sephardic Jews using Piccavey, a blog written by a Granada-based Brit, the company decided to visit the city in search of a unique experience – exploring Granada through the eyes of the Jewish community in the Middle Ages. From Friday onwards, they will get to know the main areas which are related to the lives of the Sephardic Jews in the beautiful capital of the Nasrid Kingdom. 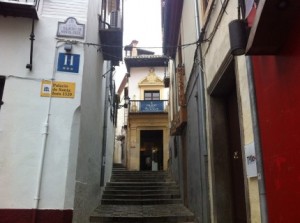 The group will arrive in Granada on Friday the 24th. They will be staying in the Realejo, Granada’s old Jewish Quarter, and that same evening they will be taking one of Cicerone’s guided tours. They will experience the atmosphere of Granada’s medieval Jewish Quarter, get to know the area and visit the lower part of the Albayzín. After visiting the Palacio de los Olvidados; a new cultural space dedicated to Sephardic cultures, they will finish their tour in Granada’s Museo Sefardí, which “recreates the culture, history, figures and traditions of the Judeo-Spanish people in Granata al-Yahud (Jewish Granada)”. 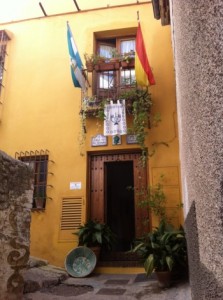 The religious welcoming ceremony, Shabat, will take place in this same venue and they have invited the few Jewish families that currently

reside in Granada. On Saturday they will visit the most characteristic parts of the city, the reasons why millions of people choose to visit every year. In the morning, they will visit the crown jewels: the palatial city of the Alhambra, led by Cicerone. In the evening, they’ll be able to experience the life and soul of Granada – flamenco in a typical “tablao”. On Sunday, they will have time to explore the other museums and monuments that Granada has to offer.

The trip has been organised by Jewish Heritage Tours, a company which specialises in trips to destinations with strong Jewish heritage. The agency offers its customers the best local hotels, Kosher food, the best guides and all the hidden corners and curiosities about the place and its customs. Next time you visit Granada, don’t hesitate to contact Cicerone. Cicerone offers tourist services provided by tour guides who actively accompany their groups so that they can get to know the urban layout, landscape, customs, monuments, and to communicate Granada’s history and heritage in a way that is easy to understand, as well as being both fun and enjoyable.