Researchers believe they’ve found Boabdil’s tomb, the burial site of the last monarch of the Kingdom of Granada, under a temple on the outskirts of Fez.  The last Moorish king of Granada, Boabdil “the Little”, also known as Muhammad XII of Granada, died in the Moroccan city of Fez in 1533. His body was buried in a place where a Spanish-Emirati team has now proposed to pull it out. Not only from underground, but also from the disregard with which history has treated him. 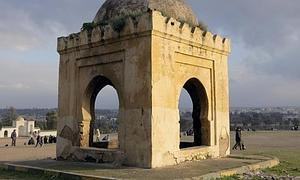 Without getting involved in conflicts within the palaces, or holding a significant position, he lived for another 40 years and died quietly in 1533, according to Virgilio Martínez Enamorado, who has served as the scientific advisor for the Spanish-Emirate team. It was 150 years later when an Arab historian named Al Maqarri, who claimed to have known Boabdil’s grandchildren, revealed that the dethroned king had been buried in a “musalla” (hermitage) near the Gate of Justice in Fez’s medina, one of the most imposing in the old city.

The project would be funded by Emirate Mustafá Abdulrahman and headed by Spanish filmmaker Javier Balaguer, who is making a documentary and a feature film on what he calls “a man who was mistreated by history, despite us being in his debt for saving Granada and the Alhambra”. As is well known, Boabdil lost Granada in 1492, which meant the end of ‘Al Andalus’, and was exiled along with his family to Morocco, which at that time was the Sultanate of Fez.

The team aims to establish the figure of Boabdil as “a statesman, not a warrior, a great negotiator who went into the dustbin of history because instead of war he preferred saving the lives of an entire people”. Abdelramán laments that Boabdil -with that name derived from his true one, Abu Abdallah or Abdillah in the Granada dialect of the period- has been looked upon by history as a coward with some even going so far as calling him a traitor, famous for an anecdote which isn’t even true: where his mother reprimanded him for “weeping like a woman for what he was not able to defend as a man”. The Emirati prefers to emphasise that he was “an excellent politician and negotiator”, who knew how to preserve the rights of Granadinos and who thousands of those who didn’t want to stay in “reconquered” Granada (including two thousand Jews) with him. “He was a man who fell victim to historical circumstances. It would be wonderful to find his remains, but if we aren’t able to, at least we will have managed to get people to speak about who he was: a great man”. 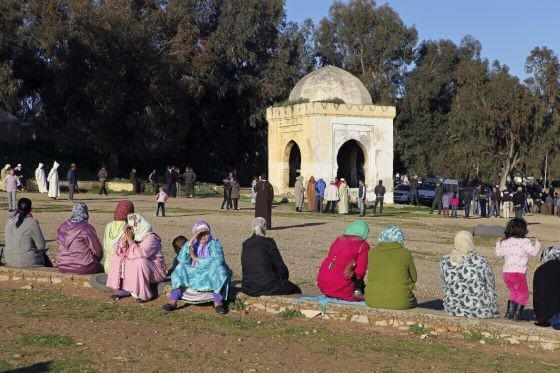 The gate has changed names: now it’s called Bab Mahrouk (Gate of the Burned), but the hermitage is still there, in the middle of an area of wasteland.  The geophysicist Luis Avial, who took part in the first expedition, has undertaken terrain prospecting with geo-radar and assures us that human remains from at least two skeletons have already been found underneath the dome, in addition to two tombstones. The two tombstones seem to be a good sign, since sultans tended to be buried next to a holy man, and this hermitage is known in the area as “the tomb of (Saint) Sidi Bel Kasem”, 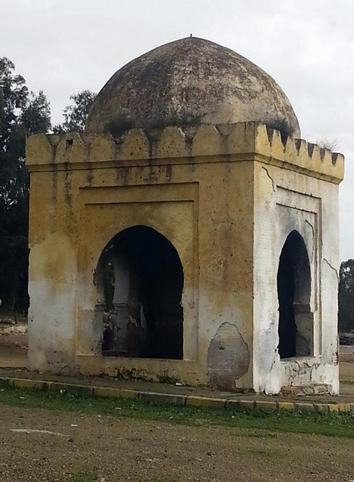 although no one remembers Boabdil as having been buried there.

The prestigious Basque forensic scientist Francisco Echevarría, accompanied by a team of four archaeologists from Socieded Aranzadi, has made a commitment to Balaguer to analyse the remains if permission is obtained. He assures that over the course of five days it would be possible to extract the bones or teeth and that the analysis would take only two months. If it’s confirmed that a male in his 70s has been buried there for five centuries, his DNA could be checked against a man who is still alive and currently resides in Mexico. Furthermore, there’s the possibility of finding more of the remains of both Boabdil’s grandfather and father. Abdulrahmán assures that these remains are known to have been buried in the castle of Almuñecar.

The neglect of Boabdil’s tomb

However, the supposed burial ground is currently in deplorable conditions.  The tomb of Boabdil “the Little” lies beneath rubbish, neglected by the authorities, awaiting the granting of authorisation to begin the excavation. The Moroccan bureaucratic maze, and more specifically, knowing who can grant permission, has prevented the experts from being able to undertake a forensic archaeological excavation and extract the remains in order for carbon 14 analysis to be done. This will, at minimum, be able to establish their age, as well as the age and possible illnesses the individuals may have had at the time of death. For the moment, the team has taken a break from their efforts to undertake the excavation of what could potentially be Boabdil’s tomb, and are awaiting better days. Although, the plan to undertake it under more favourable conditions, remains.

The Asociación Memoria de los Andalusíes has denounced the state of the mausoleum: covered in faeces and urine, broken bottles and all kinds of waste, the place has become a refuge for drunks and beggars, according to Efe Hamza Ali al Ketani, who documented the complaint with photographs. Meanwhile, the children have used the space near the Gate of the Burned beside the mausoleum as a play area, while Fez’s unemployed residents use the open mausoleum as shelter at night.

If Boabdil is found below the ground of this dump, there has never been a king with such an unworthy tomb.