One day, somebody emails CICERONE. He tell us he is a filmmaker, César Ríos, the Grenadian director of El ascensor de Romeo (starring one of the best actor in Spain, José Sacristán) or “La teta que me falta”, which speaks about breast cancer. He wants to shoot a film to honor the neighborhood and local cinemas: Those movie temples where many people have learned and dreamed are about to disappear. He is looking for sponsors. At CICERONE, we see it clearly, we have to support it. Thanks to our decision and to the other organizations’, on July 9, César Ríos exhibited El último cine vivo. 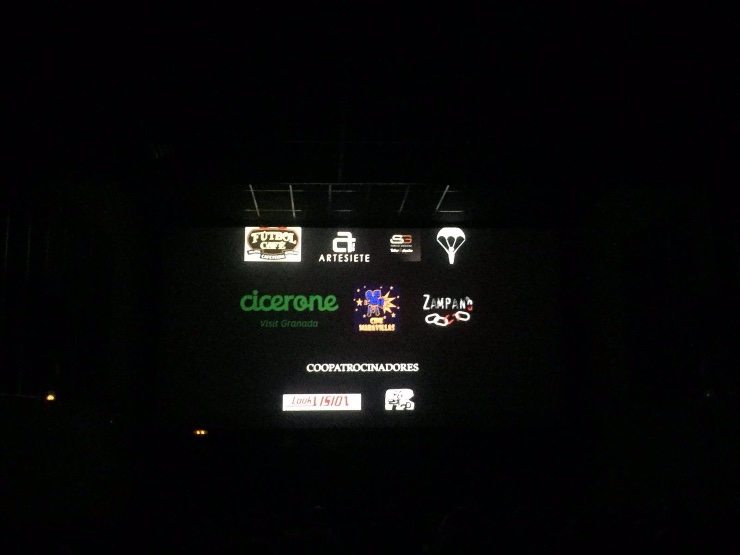 During the premier of the film, César gave a moving speech about what the shooting had meant. In addition, he claimed that during this process his father had died, so the movie has an even more personal involvement than he had at the beginning. For CICERONE, it has been very exciting to participate in the making of the film. In it, we find personalities from the show business that reflect on the role that cinemas have played in their lives. Considering this, it places us in the last cinema that continues alive. Never again will a film be projected in this room. The lights are still off. Step by step, some of the actors and actresses, such Kira Miró or Ana Milán,  who one played characters made us vibrate leave the screen to tell the stories they have witnessed. They saw from the screen: the emotion of the stalls.

It is very gratifying to know that, partly, thanks to our collaboration, something that started on a paper and that came by a simple email has become so endearing.

At CICERONE we are lovers of culture and Granada. Therefore, in addition to disseminating the historical legacy of the city, we love promoting current art. We know that, in our city, there are people with a lot of talent, so we consider that it is almost an obligation to accompany these artists in their process.