The All Blacks visit the Alhambra with Cicerone

Maybe, you are not very fond of Rugby but surely you have heard about All Blacks, the New Zealand National Team. Not only because of the way they play, but also because of their espectacular dance from Maori culture, the Haka. This month, they have been at the High Performance Sport Center (known as CAR) in Sierra Nevada, in a summer camp.  They are working with Spanish children who practice this sport. For this to happen, Kiwihouse, an organization focused on education and spreading values ​​through Rugby, has played a very important role.

Kiwiehouse themselves contacted CICERONE. They wanted us to accompany the team on a walk through the Alhambra (Alhambra Tours). Thus, we chose our night experience, one of the most special guided tour for our visitors. In addition to the All Blacks,  the Secretary of State for Sport, María José Rienda, her advisor, Jennifer Pareja, along with the Deputy Government, Inmaculada López Calahorro, and the Director of the Alhambra, Rocío Díaz joined us. The Lieutenant of the Mayor of Granada, José Antonio Huertas, and the director of the CAR, Alfonso Sánchez also walked with us. As All Blacks wanted to immortalize their walk, they stamped their signature on the Guestbook of the Alhambra. 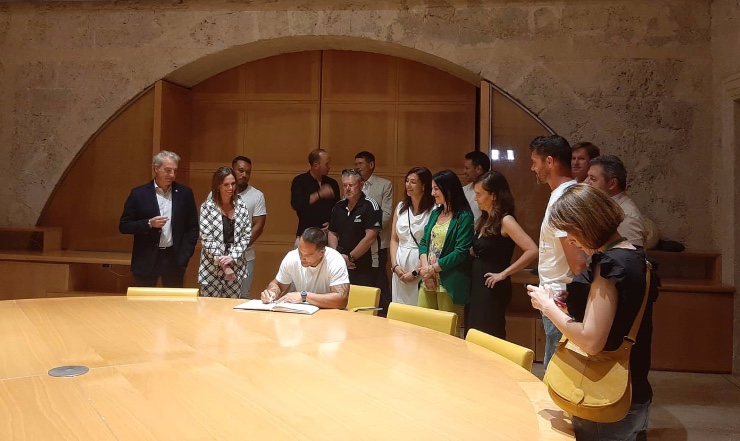 During the walk, there was a very exciting moment. The All Blacks decided to offer us, the Haka, their spectacular dance nothing more and nothing less than in the “Patio de Los Leones”. Gazing at that show, under the moon we had yesterday in Granada and the influence of the eclipse, was priceless.

Of course, it has been a visit of a lifetime. We hope the team will remember us with the same affection that we will do. 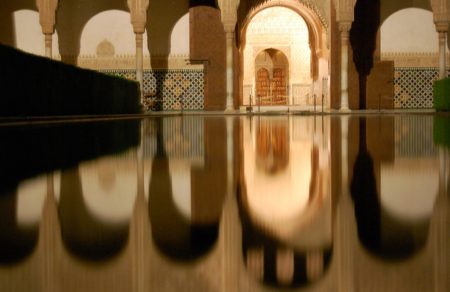 Private night tour of the Alhambra: Dream at the Nasrid Palaces 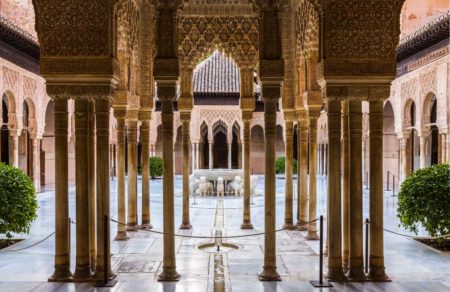 Private tour to the Alhambra and Generalife Gardens