Al-Andalus tilework: masterpieces of craftsmanship on the walls

This week we’ve been amazed by a video we found on the net, where the artisan form of creating the tiles typical of Islamic art is reproduced, using the technique employed in Al-Andalus tilework.

It reminded us of a post we wrote some time ago, about the building of a medieval palace in the 21st century, by MET in New York.

We liked the idea so much that we’ve looked into things a little and have written our own post on these artisan ceramic techniques, on tiles and in particular, on Al-Andalus tilework techniques.

Firstly, we’ll look at the etymology of the word in Spanish. It’s called ‘alicatado’ tilework, due to the main tool used for cutting the edges of the small pieces that are later put together, known as an al-qata’a or alicate in Spanish. These tiles-azulejos in Spanish- (from the Arabic az-zula’ij,) are “waterproof ceramic pieces that are flat and rather thin made with a clay-like base and covered in glassy finish: a ceramic glaze”.

The Muslim Andalusians, first the Almoravids and the Almohads, followed by the Nasrids and later by the Mudejars as well, adapted this way of decorating their buildings, which had substituted the mosaics introduced by the Romans. The basic element of the class Greco-Romano mosaics are the tesseras, small pieces of marble, in similar shapes which can be interchanged. However, Al-Andalus tilework is more complex, as the ceramic pieces are cut by hand into different shapes and sizes, which are then fit together.

Within the nomadic past of the Andalusian Muslims, which dates back to the ancient Berber tribes, there is the tradition of decorating the inside of their jaimas (Arabic tents) with eye-catching fabrics. With the arrival of Al-Andalus, with fixed locations for settling, the walls of their houses and palaces featured colours and shapes similar to the ones they had in the desert. From there one finds the bases used to cover the walls which are known as drapes.

The preparation process, as can be seen in this video, and which we can see in the Metropolitan Museum of New York, is quite labour-intensive. 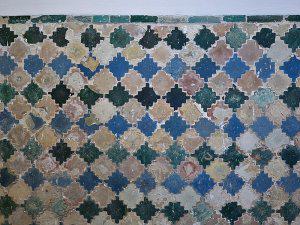 To begin with, the mixture is prepared, a mix of decanted, worked and kneaded clay. After, they are given a colour bath with various minerals such as copper, cobalt, iron and magnesium, sand or galena. In the Nasrid period, a luxury ceramic was also developed, with a metallic appearance, or “golden tile”, with the pieces being fired one last time, on low heat and oxygen at low temperatures. That way, the mix of sulphur, gold and copper began to oxidise. It was also common to add cobalt oxide in order to get blue and gold hues.

After the colouring, the firing process in the ovens is done with cooling taking place over a full day in order to achieve a ceramic “biscuit” which is to be decorated. Afterwards, it is cut with a pick or tile cutting pliers. 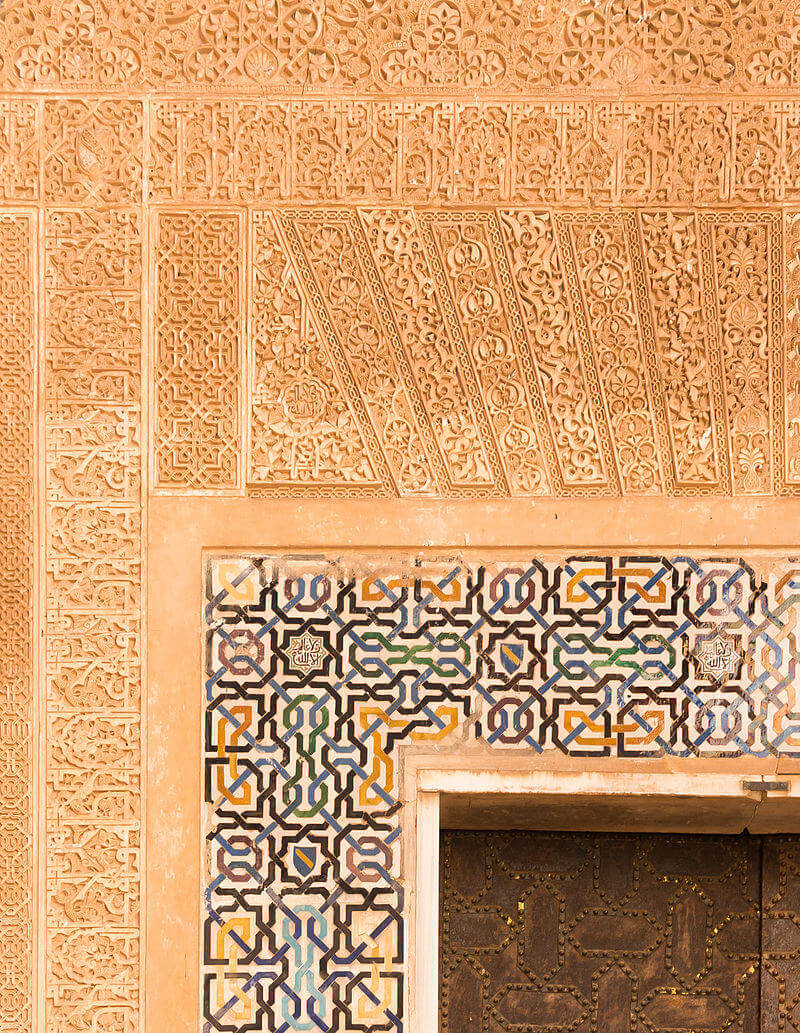 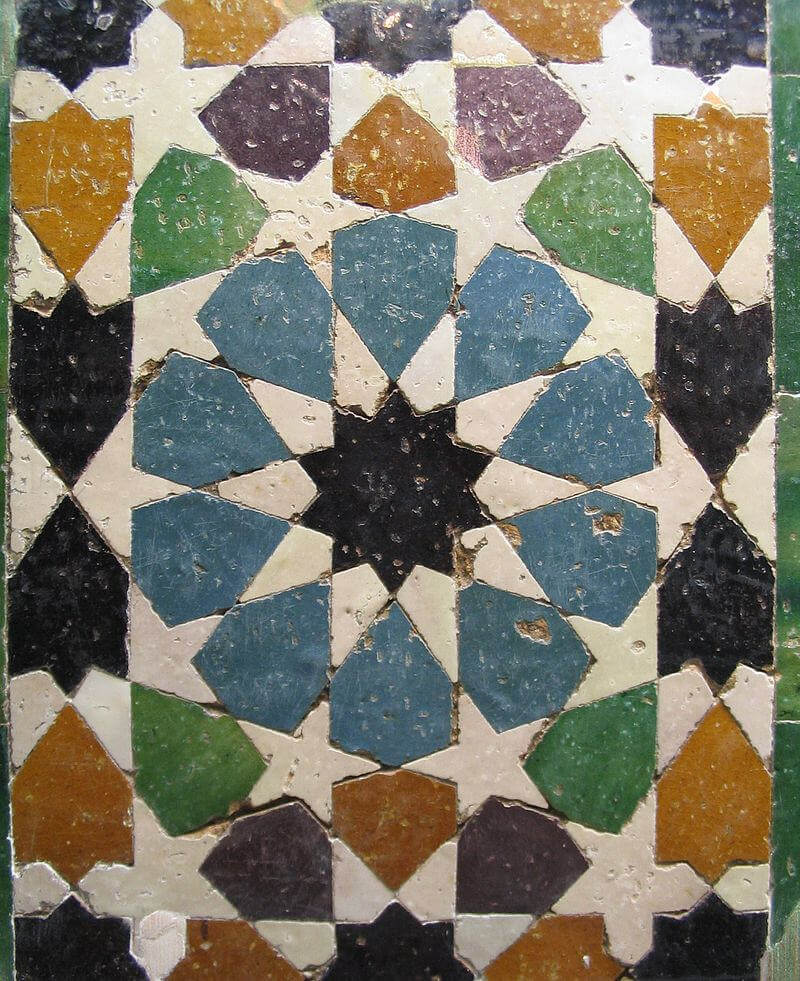 The small ceramic pieces are then placed face down and covered with plaster. Once dry and clean they are placed on the surface you wish to decorate. 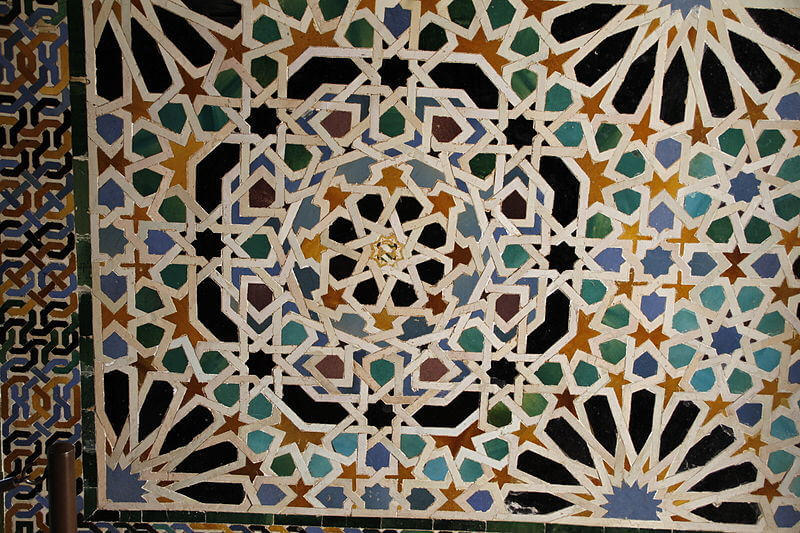 The small pieces of clay and glass form geometric figures when they are joined together to create different decorative motifs.

The use of purely geometric elements to create elaborate patterns became a sophisticated form of decoration. The attractiveness of Islamic geometric decoration lies in the logical interrelation between parts, reflecting the underlying order found in nature through abstract form, where each and every one of the parts forms an indivisible whole.

So, geometry was just one more example of the belief in the unity of God, Allah, seen in Islamic art, between the multiplicity of an abstract and simple form.

A wonder worth seeing in person. Do you want to come along on one of our guided tours of the Alhambra? 😉