A delightful garden in the Carmen de los Mártires

Just a few metres away from the famous Alhambra Tours, Granada keeps one of its stunning wonders – an oasis hidden away from the hustle and bustle of a capital city. This week, there has been a lot of talk about Carmen de los Mártires; an urban garden which boasts dreamlike landscapes, wonderful greenery, a unique environment and a spectacular view of the city. It’s a 19th century mansion surrounded by an oasis of plants, statues, grottos, waterfalls and even a lake, with a romantic tower and a bridge. It’s the ideal place for a stroll, to relax or even to feed the ducks and swans living there.

If we look at the origins of both the place and its name, we find they are also curious. Throughout the centuries, these gardens have been dungeons, torture chambers, a chapel, a convent, an orchard and a palace. 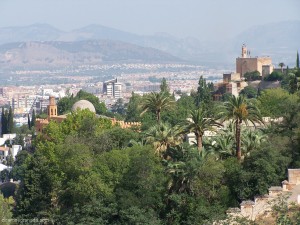 In the 11th century, as an extension of the Alfareros area, a compound for jousting and military tournaments was built at the Mauror hill. In addition, they stored supplies for the fortress that they had started to build on the nearby Sabika Hill, which would then grow to become what we know today as the Alhambra.

The palace area of the Alhambra was under construction, and the captive Christian workers also began being imprisoned here. The area became known as “Campo de los Cautivos”. The large dungeons which were dug out of the rock came to house up to 7000 prisoners, many of whom died during the seizure of the city at the end of the 15th century, when the Catholic Monarchs conquered Granada. 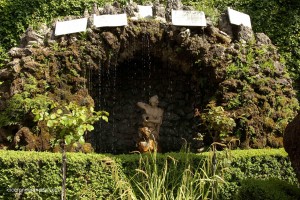 Boabdil, the last Nasrid king, left the city by crossing this area and keeping it in his memory. Queen Isabel requested a chapel to be built there in memory of the martyrs who died. This is how it came to be known as Carmen de los Mártires. Later on, in around 1573, the Convento de los Carmelitas was built. San Juan de la Cruz, who, besides writing several books during his time in the convent, planted trees and devoted part of his time to caring for the orchard and monastic gardens. The mystic figure is related to a tree, in whose shadow he sat down to write – a cypress tree that can be visited by following the path that runs behind the monastic orchard. Between 1614 and 1620 a new church was constructed in order to replace the original.  The whole convent was destroyed in 1842, although since then, the monastic garden has been restored. 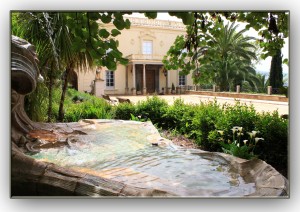 The house, that can be visited today, was built at the end of the 19th century by Don Carlos Calderón, who bought the land as a summer residence, which was reformed by a subsequent owner, Hubert Meermans. He designed the gardens, creating different styles: French, English and Spanish, with fountains, statues and grottos on different levels. After years of neglect and the looming threat of the construction of a hotel, the house and gardens have been restored to their former glory. Today, to the delight of locals and visitors alike, it is a public municipal area where weddings, celebrations or other events can also be hosted. 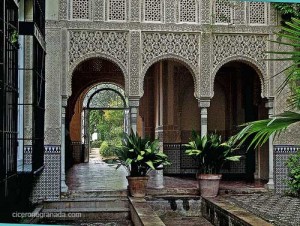 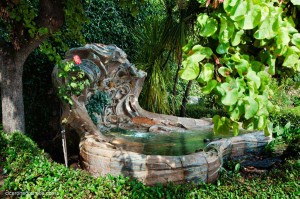 Entry is free and the opening hours are: November-March, Monday to Friday 10am-2pm and 4pm-6pm; Saturday, Sunday and Public Holidays, 10am-6pm. During summer, from April to October, Carmen de los Mártires is open from Monday to Saturday 10am-2pm and 6pm-8pm; Sunday and Public Holidays, 10am-8pm. It will be closed during August.