Where did Boabdil handed over the keys to the Catholic Monarchs?

Sometimes, we like to talk about the curiosities of our city.  Today, we discovered that a few days ago, Ideal published a news story about a historic part of Granada that is sometimes completely forgotten about.  The place where Boabdil handed the keys to Granada over to the Catholic Monarchs.  We already spoke about this incredible place a while ago. Alcázar del Genil: Almohad treasure hidden in the asphalt. It is, without a doubt, worth a visit.

Every self-respecting Granadino will have heard  the story about the handing over of Granada’s keys by Boabdil to the Catholic Monarchs, and the last Moorish king’s subsequent crying that led to his mother , the sultana Aixa’s well-known phrase, “do not cry like a woman for what you could not defend like a man” . 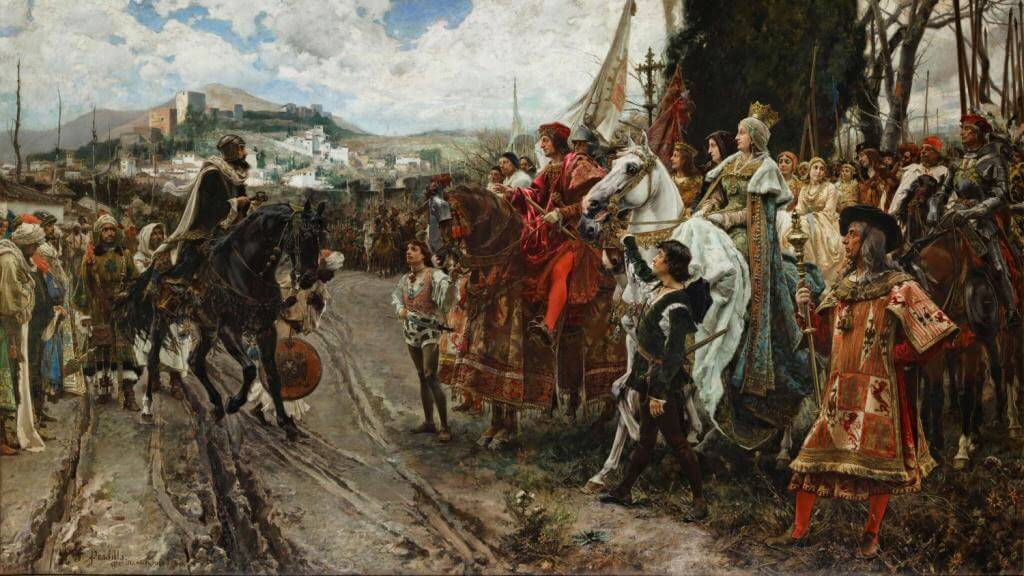 Although, there must be only a few people who know that the handing over of the keys, the historic moment that has inspired many artists and has given rise to great works like La Rendición de Granada by Francisco Pradilla , took place next to the Alcázar del Genil. It is a building of Islamic origin, known as the Palacio de Abú Said.

The Jardín de la Reina (Queen’s Garden) is the name given to the surroundings and exterior landscaped forecourt, located close to the left edge of the Río Genil river, right where Boabdil, the last Nasrid king, handed over the keys to the city of the Catholic Monarchs on January 2nd 1492, putting an end to the last glimmer of the Hispanic-Muslim al-Andalus.

Do you know where Boabdil handed over the keys to the Catholic Monarchs?

This historic palace’s building was erected as an Alcázar by Sayyid Ishaq ben Yusuf, the Almohad governor, who requested its construction in 1218 in an area destined to be the courtly recreational area. At the same time as it was being used as a working farm, and was where many large games and receptions were held.  The archaeological remains of an annex building, where Boabdil lost his beloved Granada, will be open for visitation at the future Alcázar del Genil station on the city’s metro line, which is scheduled to open at the end of the year.