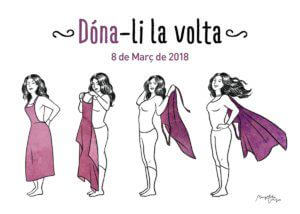 The 8th of March is International Women’s Day and it has been celebrated across the globe since 1975. It is a day to celebrate and call for gender equality in our society. At Cicerone, we’ve committed to making the necessary changes for equality, and as a company, this is evident among our staff as 13 out of 15 members of our team are women.

Society has always been in a state of constant evolution and our lives and the way in which we act have evolved with it. We therefore have the chance to change the historical methodologies that in one way or another, lead to discrimination. At Cicerone, we’re aware that differentiation should not be confused with workplace discrimination. Family and domestic responsibilities should not be an issue in professional life.

One of the reasons why we support this day is the actual statistics with reference to work. For example, today, men occupy more senior positions, but less in part-time work. Although, we should be happy with what we have achieved up until today, as the number of women in Spain with a university education has increased, in addition to being slightly above the average (in Andalusia) in terms of women in work during the previous crisis years. 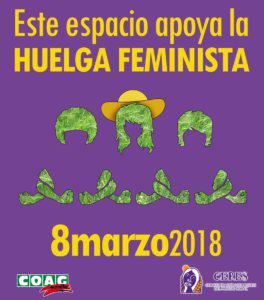 Finally, we want to emphasise the importance of International Women’s Day by talking about a Granadian woman, Elena Martín Vivaldi. She was a lover of literature and the daughter of Granada’s first Republican mayor. During the majority of her life, she lived here in Granada, including during her university studies. Elena was a poetry lover and graduated with a degree in Romanic Philology, before dedicating her life to books and archives. During the last period of her life, she returned to Granada to work in the libraries in the Faculty of Pharmacy and Medicine, leaving behind her literary legacy for Granadians to enjoy. The second person we would like to mention is Pilar Aranda, as in 2015 she became the first female rector in the history of the University of Granada. She is a lecturer and has taught in faculties such as Sport Science and Pharmacy, as well as in Open Education. She has also undertaken significant research and published her work.