At Cicerone, we want to celebrate this achievement, as far as we know that behind each and every one of you are people like your family and friends, who have supported you right from the start and they are just as important as your coaches. They’re the first ones to believe that you’ll give 100% to get results like those achieved this weekend. We’ll leave you with the video of the final and post-race interview following Arián’s victory. You can watch the full videos from the weekend on TDP.

All the best for your next races! 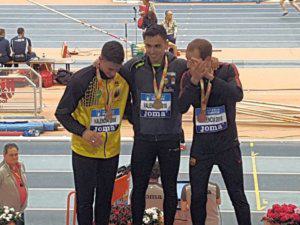