Granada: the most beautiful city in Spain

From the Moorish beauty of the Alhambra Palace to the cave houses of Sacromonte, it’s no surprise that Granada takes the title of ‘most beautiful city in Spain’

Best known for the spectacular Alhambra palace, Granada is home to an exciting blend of cultures, where stunning Islamic architecture and remnants of Moorish rule go hand in hand with traditional tapas bars and Catholic monuments.

Immerse yourself in the history of Granada, from the horse-shoe arches and spice-scented air of Albaicín to the elegant Royal Chapel in the Baroque historic center. The city’s history is brought into the modern day with lively streets packed with bars, Bohemian cafés, flamenco clubs, and fantastic restaurants serving Granada’s most famous creation: tapas. Street art and galleries have brought an artistic edge to Granada, and the cultural blend and energy of the city leave a lasting impression on visitors.

With all this on offer, it’s no wonder that Granada was named Spain’s most beautiful city by Sitios de España, triumphing over Córdoba in the final of the competition. After a 48-hour wait, the highly anticipated Facebook showdown took place between the two Andalusian cities, with Granada emerging victorious with 39,456 votes to 23,834. 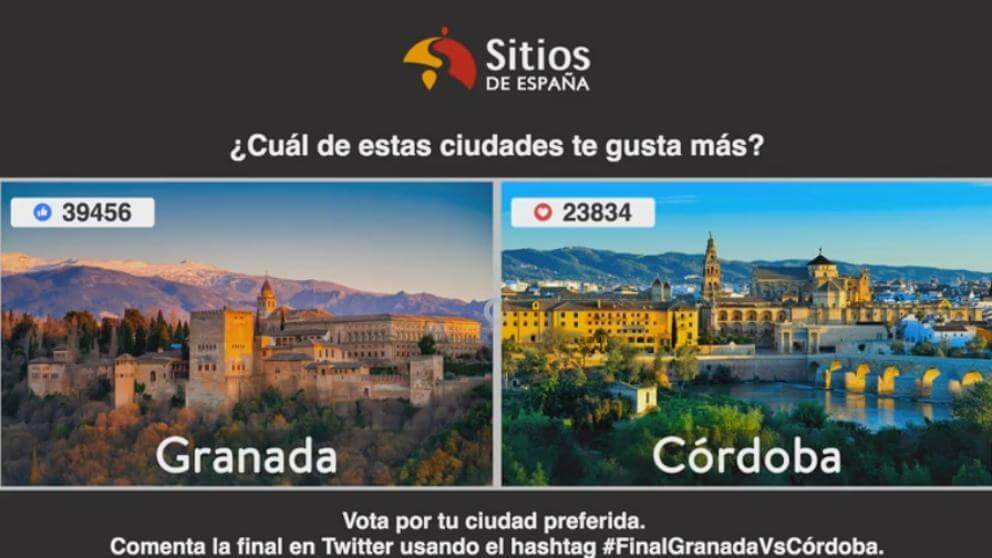 Here are four reasons why Granada is the most beautiful city in Spain:

Home to the long-ruling Arabic Nasrids, Granada was once the seat of Al-Andalus, the Muslim-ruled area of Spain. After observing the landscape, the ruling family chose the hills of the Darro Valley as the perfect spot for the beautiful Alhambra. With its strategic location and opulent interior, the palace was an extravagant show of wealth and power, dominating the skyline and city below.

Excited to visit? The best way to see the eighth wonder of the world is by joining a private Alhambra guided tour to immerse yourself in the Alhambra’s rich history.

Traces of the Moorish rule can be found throughout the city, particularly in the Albaicín neighborhood, the old Arabic quarter. Explore the area, strolling among the narrow whitewashed houses while the scent of spices and fragrant jasmine fills the air. Remnants of Islamic architecture are displayed throughout the neighborhood, with horse-shoe arches, lines of Arabic teashops and bakeries, and relaxing Moorish baths.

Nestled in the Darro valley at the foot of the Sierra Nevada mountain range, Granada sits in a stunning natural location. After a morning of discovering the colorful history of Granada, you can escape the hustle and bustle for some time in the beautiful surrounding nature of Andalusia.

The nearby snow-capped mountains comprise the Iberian Peninsula’s two highest peaks, offering a striking backdrop to the city. In the winter months, you can head up to the ski resorts to enjoy sports in the fresh mountain air, and in the spring and summer, the Sierra Nevada National Park provides incredible hiking opportunities.

This fantastic scenery is what makes Granada such a diverse and exciting place to visit, and one of the many reasons it was voted Spain’s most beautiful city.

3. A Medieval Maze of Streets

Granada is home to a cross-road of cultures, where Arab flavors blend with traditional tapas bars, Islamic palaces meet Baroque churches, and the flamenco shows of Sacromonte sit next to traditional Hammams. The best place to experience the city’s energy is in its eclectic neighborhoods, each telling a story of Granada’s past.

For spectacular views of the Alhambra, head up to the Albaicín neighborhood, where you’ll get a snapshot of the city’s rich Arabic history. Explore the labyrinth of cobbled streets steeply set into the hillside, dipping in and out of the shops and eateries as you immerse yourself in the city’s Moorish past.

Alternatively, explore Sacromonte, the neighborhood known as the cradle of flamenco, where gypsies built homes in the existing caves in the rock. Here you’ll get a sense of Granada’s Bohemian roots before visiting the magnificent Sacromonte Abbey and Museum dedicated to regional culture. This rich and blended past is unique to Granada and is yet another reason it takes the crown as Spain’s most beautiful city. 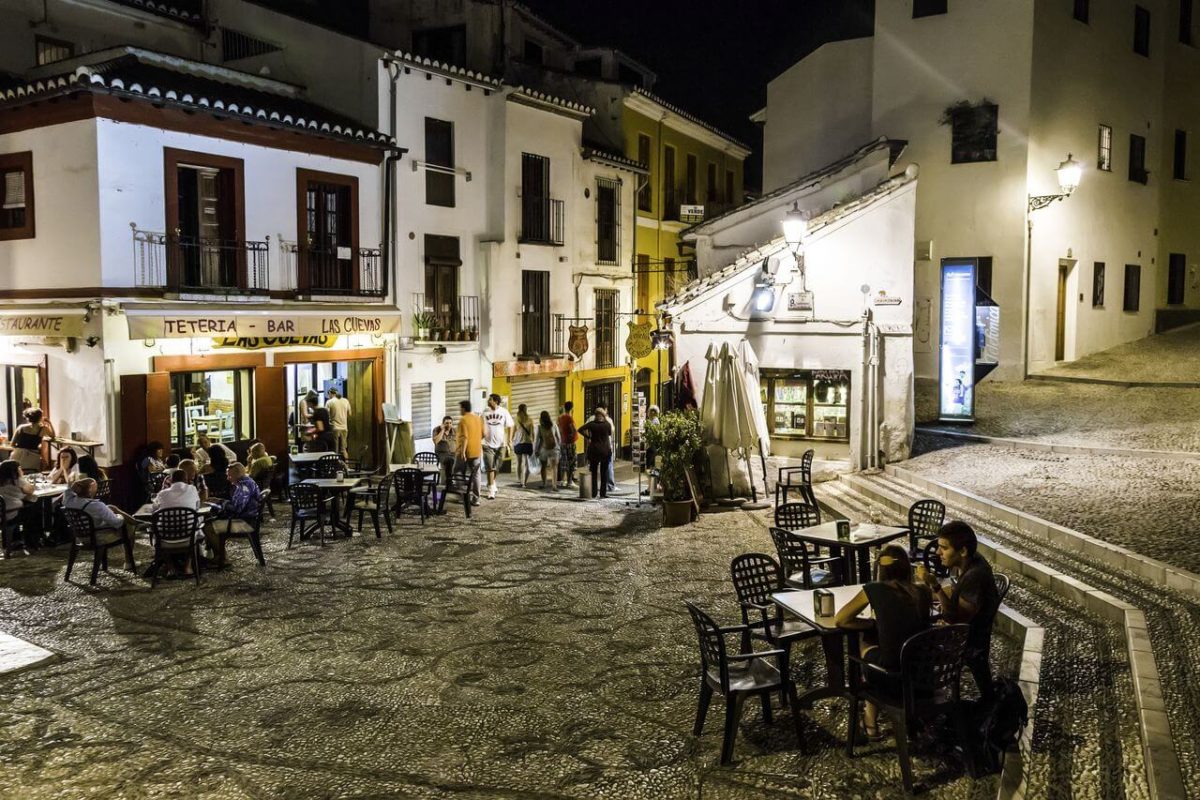 As the birthplace of tapas, Granada offers plenty of choices, and you’ll find exceptional tapas in all of the city’s neighborhoods.
It’s part of the city’s tradition to go for tapas with friends and family, and it is free with a local apéritif. Your waiter will typically choose your tapas when you order an alcoholic drink, so prepare for a flavorsome surprise!

Tapas snacks usually include small plates of local cheeses, hams, and olives. Some typical dishes to try in Granada include Tortilla del Sacromonte (a twist on the classic Spanish egg and potato omelet), Habas con Jamón (beans with ham), Patatas a lo Pobre (“poor man’s potatoes”), Jamón de Trevélez (local cured ham), and Queso Montefreño (an award-winning local cheese). We know there’s nothing better than sampling these local delicacies after a day of sightseeing in Granada, which is why we always include tapas as an element of all Cicerone tours. After all, the delicious cuisine and laid-back tapas culture are an integral part of this incredible city.

From its diverse and colorful history to its stunning surroundings, Granada captivates everyone that visits. Experience its blend of Moorish and Hispanic cultures, delicious tapas, lively streets, and eclectic neighborhoods, and leave the most beautiful city in Spain with unforgettable memories.

As Icaza once said, “there is nothing sadder in life than being blind in Granada”. Dive into the rich history of Granada and uncover all its best-kept secrets with our exclusive tours and experiences.