Federico García Lorca is a cultural icon in Granada. This poet from the generation of the 27 was a great influence for the Spanish literature of the XX century. His poetry and thatre is still alive in Granadian’s day a day.

Today, we’re going to introduce you to this temporary Federico García Lorca exhibition in Granada, located at the Centro Federico García Lorca, very close to the Granada Cathedral. The Lorca exhibition features drawings, manuscripts, prints and photographs, among others. The exhibition is divided into four parts, the first of which shows Lorca’s life at the Residencia de Estudiantes through drawings and prints. The second demonstrates his interactions with artists including Dalí, Alberti and Durán, and the third shows the outcome following his work in the Revista, with works as successful as the Romancero Gitano (Gypsy Ballads). The final part illustrates the time he spent in Barcelona and the influence this had on the creation of Doña Rosita la soltera (Doña Rosita the Spinster).

This temporary exhibition can be visited until the end of June. 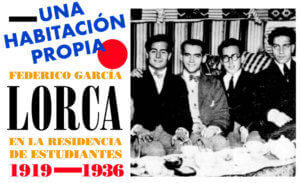 The Centro Federico García Lorca wants to give those who are in Granada or who come to visit Granada, the chance to admire the work of Federico García Lorca as the leading artist, but also other authors, not just locally but also internationally. It’s predominantly characterised by showing art and culture with educational purpose. Also, after two long years of waiting and organisation, Lorca’s legacy will take its place in the poet’s hometown. You can read more in this article about Lorca’s legacy.

Although the poet’s legacy is due to be moved before summer, the administrative process which gives the green light for the move began this Wednesday, with an agreement between the Fundación García Lorca (García Lorca Foundation) and the local authorities in partnership (The Ministry of Culture, Regional Government of Andalucía, Granada City Council and the Provincial Council of Granada).