Catherine of Aragon and the symbol of pomegranates in England

Catherine of Aragon was the youngest daughter of the Catholic Kings. Although, she wasn’t born in Granada (Things to do in Granada), she did live here. As monarchs, her parents were involved in turf wars and relocated to our city with Catherine when she was just a little girl. She therefore lived through the reconquest of Granada. This was possibly one of the most significant events relating to the Catholic Kings and took place when Catherine was just 6 years old. She therefore spent some of her life here and lived in the Alhambra until she was 15, to be exact. 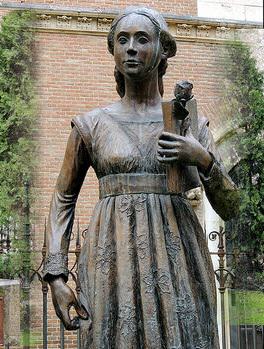 When she was 15, she then left for England, with the intention of offering a political contribution by marrying King Arthur Tudor. With this marriage, England and Spain aimed to develop an alliance against France. However, King Arthur died of tuberculosis shortly after marrying.

Following the failure of the political alliance and in order to become Queen again, she had to wait seven years until his younger brother, prince Henry VIII, was old enough to marry. Catherine also had to demonstrate that she had not consummated her marriage to Arthur, as was the case with Pope Julius II.

During the seven years she spent waiting to marry Henry VIII, Catherine couldn’t go back to Spain as her economic stability depended on the English Court and her father would probably not accept the failure. During these years, Catherine took on the role of Spanish ambassador, which was particularly challenging as Henry VIII did not support this and her treatment left something to be desired (some of the letters in which she complains about this to her father have been preserved). This remarkable queen faced Henry VIII and his councillors, taking a strong stand with no room for flexibility. Our Queen had already made history, as she was the first woman ambassador in the history of Europe.

Catherine was a queen who left her mark on the people of England, as they began to show sympathy when Henry VIII wanted to move away from the Christian Church and consequently, end his marriage, while Catherine stayed with the Church. Over time, her dedication to Catholicism and her education turned this queen into an inspiration for the English people. England still remains a beloved kingdom and the English people lay pomegranates on her grave when they pay a visit during the autumn.

Pomegranates in the life of Catherine of Aragon 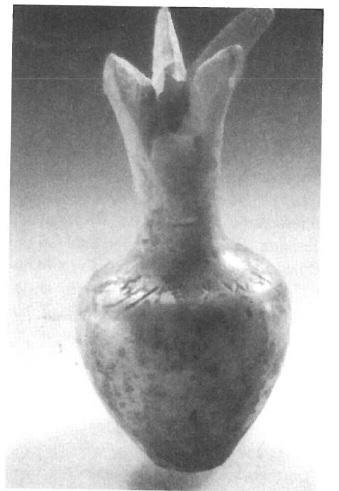 Influenced by Catherine of Aragon, Henry VIII had a pomegranate emblem on his shield. But, where did this pomegranate come from?

It appears that ever since childhood, Catherine tended to wear a pomegranate brooch. Then, as we’ve already mentioned, she also had a pomegranate on her shield. If we put two and two together, we can see just how important her time here in Granada was and how much it meant to her. In fact, this symbol can even be found in some of the English castles where she spent time with Henry VIII.