Where are the Alhambra’s monarchs buried?

Every day we both hear and tell legends about the inhabitants who once populated the majestic Nasrid Palaces, or enjoyed their charming gardens. Yet, where did their remains end up after they moved on to the afterlife? Where are the Alhambra’s Nasrid monarchs buried?

Nasrid customs dictated that cemeteries should be located outside the city walls, in large open spaces and with the tombs always facing Mecca. In the case of noble families and of course, the Nasrid royal family, the burials took place in private mausoleums, small gardens, rauda or rawda (cemetery). 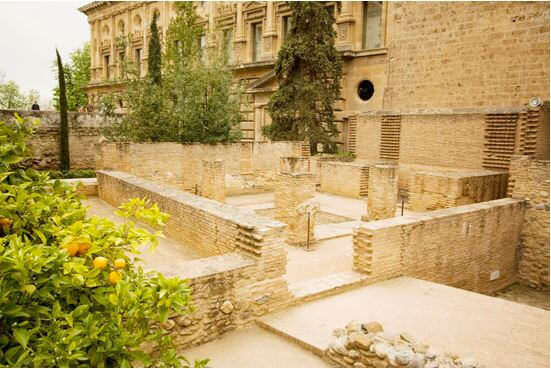 Of the two cemeteries that existed, only the Rauda Real (Royal Cemetery) where the royal family, the sultans and their families were buried, remains. It was in an excellent location, between Palace of the Lions and the old Mosquee of the Alhambra, currently Santa María de la Alhambra Church. Charles the Fifth Palace was built upon part of it; when it was constructed, the Rauda was already empty…

Apparently, when Boabdil, the last Nasrid King of Granada, agreed to the surrender for the hand over of the city to the Catholic Monarchs, he emigrated, not only taking his material possessions with him, but also his ancestors’ remains so that they would not lie on Christian lands.

He had to leave his two children in Granada with Queen Morayma. He had to leave them in the custody of the Catholic Monarchs as one of the conditions for his withdrawl.  They assigned the King and his entourage to a fief in the area of ​​Laujar de Andaráx in the Almerian part of the Alpujarras, halfway between the city and the coast. For a time, the exile court was established in the area of Mondújar.

Later, following the death of his wife and one of his sons, the prophecy that a sage once made to Morayma was more evident than ever before: “The last Nasrid king will live long enough to suffer greatly”. The life of Abu Abdallah Muhammad ben Ali, Muhammad XII, known by the Spanish Christians as Boabdil, seemed to be more of a curse than a blessing- ”Why has death never wanted me nor anything from me?” – he often repeated.

The Nasrid dynasty in Mondújar 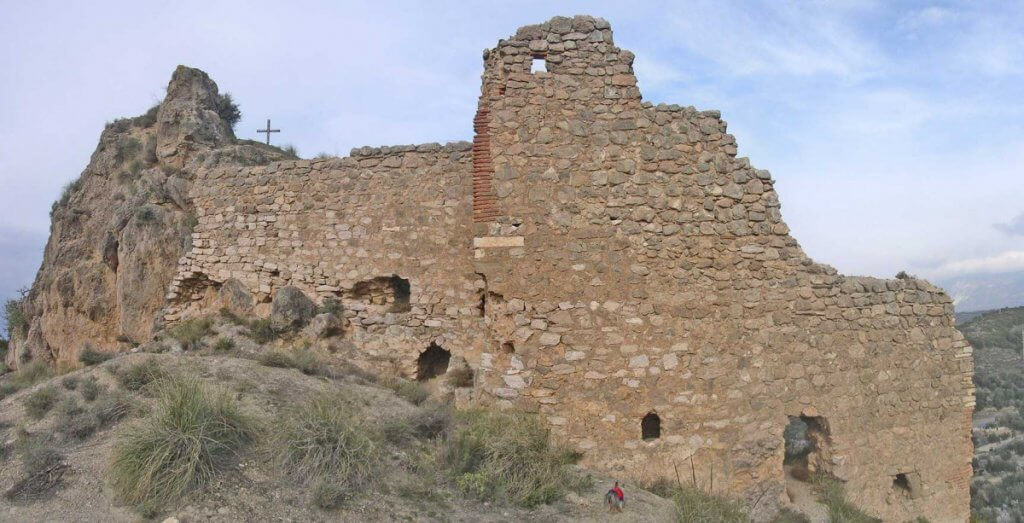 He decided to abandon what was once his kingdom, leaving behind what was left of his family. He would set off towards North Africa, but first it appears that he ordered for a royal cemetery to be built in Mondujar, where the great monarchs of the Nasrid Kingdom could be laid to rest, with dignity, on Al-Andalus land.

Mondújar’s Muslim cemetery was in high demand for years, until it was forgotten over the centuries. In 1988, the Mondújar bypass area was constructed and it seems as though a large quantity of the bones were scattered underneath the road.

In 2011, when the motorway Autovía de Motril was built, they initiated work in the area again, but this time, using experts and thorough archaeological excavations. It was confirmed that the tombs had in fact been disturbed and that the remains of the great Nasrid Emir’s and their families, were dispersed beneath the tarmac.

There is still the possibility that the recovered documents make reference to another Mondújar, also in the Andarax area, where no excavations have been undertaken. However, the amount of coincidences makes it unlikely.

It was certainly not what the Rey Chico (Little King) had intended when departing for Fez, after boarding in Adra. However, the fate for his bones was not fortunate either. Boabdil died in Fez and the place where he may have been buried still remains shrouded in the misery that surrounded the life of poor Boabdil.

There is more information on the blog Granada, Grey y yo, Ayuntamiento de Dúrcal, Legado Nazarí and Granada Hoy.