Spain is an architectural paradise, few countries in the world can boast of having so many styles and being so well preserved. To walk through any of its streets is to begin a journey through time through its monuments.

Many of them were pioneers in their time, others are an example of the traces left by other cultures in our country. These are the best monuments in Spain that should be visited at least once in a lifetime. 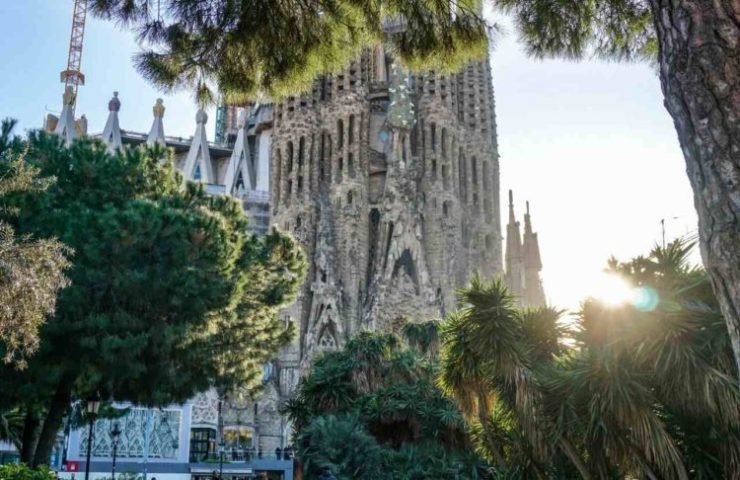 The colossal temple of the Sagrada Familia gathers millions of tourists every year, being the most visited monument in Spain. It is an authentic work of art full of details and corners that makes it the favorite place of travelers for many reasons.

Its construction began in 1882, is the unfinished work of the master of modernism Gaudí, the part built by him was declared a World Heritage Site. The Construction Board expects to finish the work in 2026, when the centenary of the architect’s death is commemorated.

It highlights its spectacular Nativity façade, richly ornamented and its interior with its forest of white columns that are dyed in different colors, depending on the time of day, thanks to the large stained glass windows.

It should be noted that there are 7 works of Gaudí that have been listed as World Heritage Sites, in Barcelona you can visit the Park Güell, Casa Milà and Casa Batlló. Perfect to complete this visit to the most spectacular monuments in Spain. 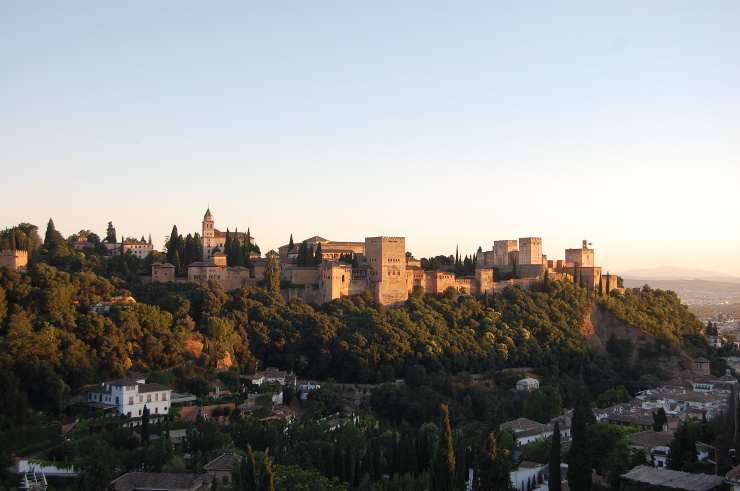 There are plenty of places to visit in Granada, but if the city is known for something is for the majestic Alhambra. It is one of the most visited monuments in Spain, being declared a World Heritage Site by UNESCO thanks to its incalculable beauty.

It stands out for its marked Nasrid style, but it is a monument where you can appreciate the passage of different periods and architectural styles. This is because, when the Christians took over Granada, they altered some parts of the fortress eliminating Arabesque decorations to make room for the Renaissance.

You can take one of our Alhambra Tours to fully discover this essential part of the city. Small groups to enjoy an exclusive visit that allows you to discover the charms of this architectural jewel with the calm it deserves.

Relax in the details of the Nasrid Palaces, in the sound of the Generalife gardens or contemplate the best views of Granada from the walls of the Alhambra. The views of the famous Albaicin neighborhood are breathtaking.

If you want to tour the city after having it at your feet, Granada Tours have a wide offer with visits full of history and secrets that will make you fall in love with Granada even more. Get lost in the streets of the Albaicín and Sacromonte, walk through the old town and discover the charms of its monuments or a visit to the most mysterious Granada.

Cathedral and Giralda of Seville

The Cathedral and the Giralda of Seville are the symbols par excellence of the city, an essential visit in any tour of its streets.

The Cathedral of Seville is the largest Gothic temple in the world and the third largest in Christendom. It has a rich historical and artistic heritage with important sculptures, stained glass, paintings and gold work. The Giralda is the bell tower of the Cathedral, once the tallest in the world and today is one of the most iconic images of Andalusia.

Both architectural works should be visited in three different ways. First of all from the outside to know the hidden meaning of its doors, then from the inside to visit its chapels, altars and discover its works. And as a perfect finale, from its roofs, more than 40 meters high and with a walk that will almost allow you to touch the Giralda. 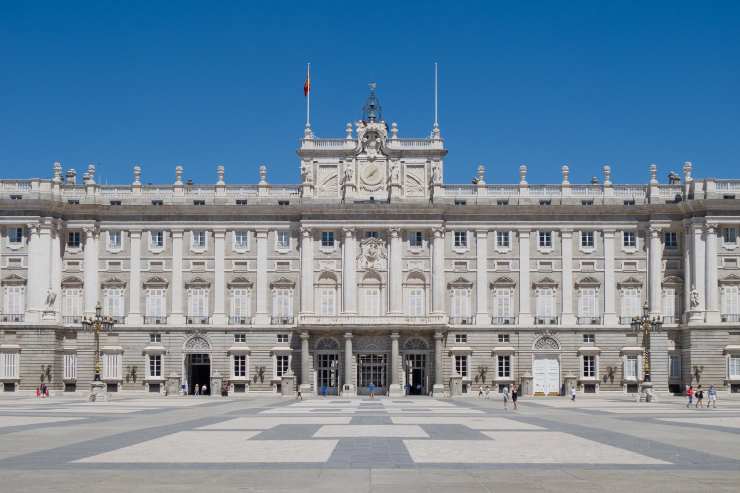 The Royal Palace of Madrid is one of the largest palaces in Europe, allows a journey through the history of Spanish royalty while discovering its rooms, halls and gardens.

Despite being the official residence of the Spanish Royal Family, it is currently used exclusively for ceremonies and official events. It stands out for its marked baroque style, but with clear influences from the beginning of neoclassicism.

Its more than 135,000 square meters and 3,418 rooms have witnessed centuries of Spanish history. Millions of tourists from all over the world visit it every year to discover its works of art and its majestic rooms, such as the Throne Room, the Hall of Columns or the Royal Armory. It is considered one of the most important monuments in Spain.

The Mosque-Cathedral of Cordoba is listed as a World Heritage Site, being the most imposing monument of the Islamic West. So much so that it became the second largest mosque in the world, a unique temple in both the Islamic and Christian world. An architectural jewel with a great historical importance that is only comparable to the Alhambra in Granada.

Its walls house the complete evolution of the Umayyad style in Spain, as well as different styles under Christian rule, such as Gothic, Renaissance and Baroque, all in one monument!

Today, it is a unique building in the world, where the Christian cathedral and the Muslim mosque coexist in the same building without spiritual or physical divisions. Two opposing worlds that coexist in perfect harmony.

City of Arts and Sciences (Valencia)

The City of Arts and Sciences of Valencia is formed by the Oceanogràgic, the Museum of Sciences and the Hemisfèric, being a point of reference at world-wide level.

The building of this architectural complex is in itself a spectacle for the eyes. The buildings have been designed by Santiago Calatrava and have become a symbol in the city that brings an avant-garde style in the purest style of the XXI century.

If the exterior is already worthwhile, the interior is even more so. A tour of seven different marine ecosystems with up to 500 different species, an amazing 3D digital cinema and even various interactive exhibits on science and technology. 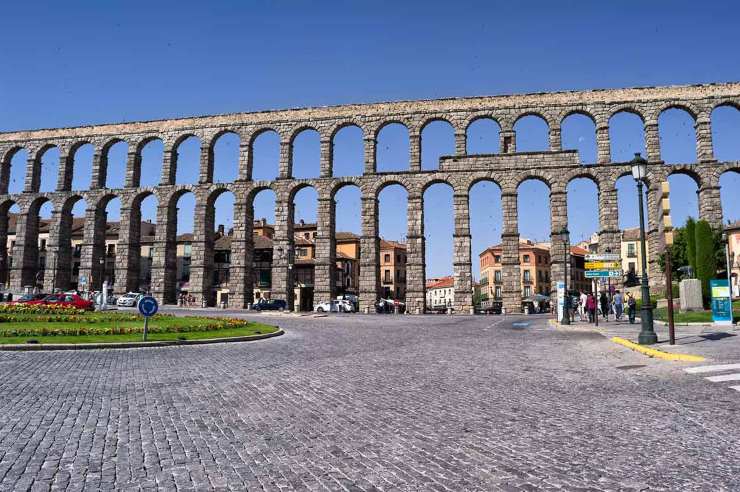 In Castilla is the Aqueduct of Segovia, once one of the best civil works in history, built by the Romans in the 1st century to transport water from the Sierra de Guadarrama to the city.

The traces that the Romans left in Spain are numerous, but the aqueduct is one of the most majestic. This architectural jewel, which has remained intact for thousands of years, has 167 arches and is 30 meters high. In addition, the Segovia City Hall cut off traffic under the aqueduct to prevent the vibration of cars from affecting its structure.

The visit to this monument is free, walking under its imposing arches is so incredible that it is able to overwhelm, being advisable to do it both day and night to enjoy the beautiful night lighting. Near the aqueduct there are some of the best steakhouses in Segovia to taste its famous suckling pig overlooking this magnificent work of Roman engineering.

The Cathedral of Santiago de Compostela is the most outstanding work of Romanesque art in Spain, visited by millions of tourists a year. It is the final destination for pilgrims on the Camino de Santiago, since it houses the tomb of the apostle. A cathedral full of symbolism and messages worth discovering.

It highlights the Obradoiro, the main facade, before accessing the interior it is advisable to surround it well to see all its details. Inside it is worth mentioning its High Altar with a marked baroque style. A must is to enjoy the spectacle of the botafumeiro, a majestic censer.

The Guggenheim Museum marked a before and after in Bilbao, it meant the transformation from an industrial city to a modern city. The museum building is an architectural jewel, commissioned to the famous Frank O. Gehry.

The architect played with innovative materials to create a chameleon-like building loaded with symbolism. The exterior “skin” of the museum resembles the scales of a fish and its shape resembles that of a ship to pay homage to the port where it is located.

On the outside, some works of art stand out, such as the iconic Poppy, a floral sculpture that has become a symbol of Bilbao. In addition, the gigantic Mama chandelier stands out with more than 9 meters high.

The construction of the museum has become a monument, adored by all kinds of travelers, especially lovers of contemporary art. The building inside treasures the most relevant works of this type of art with national and international artists of great importance.

These are just a sample of the best monuments in Spain, although the list could be endless thanks to the great architectural wealth of the peninsula. And how many of the list have you already managed to visit? 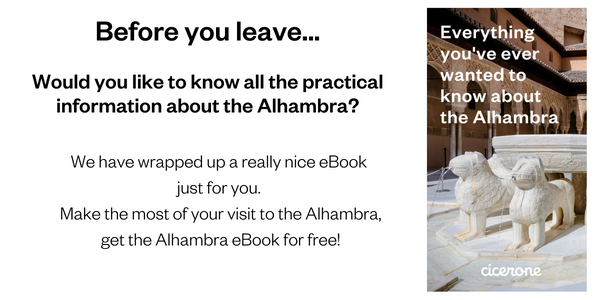