Tips for visiting the Alhambra Palace in Granada

The Alhambra in Granada is a place you must see at least once in your life, as it is considered the best most charming Arab palace in Europe. It is the icon of the city and an exotic adventure for all who visit it.

The importance of the Alhambra is linked to its location. The Alhambra overlooks the city of Granada, which is located on a rocky hill called La Sabika, on the left bank of the Darro River.

Alhambra sits atop a hill in Granada, Spain. The palaces, fortress and gardens date back to the 1300s when the region was a dominion of the Moors. Alhambra is more than a palace and tourist attraction in Granada. It is a source of Spanish pride and of immense historical significance. Alhambra is also one of the best preserved sites of Moorish (North African Islamic) architecture in Spain.

More than a palatial complex 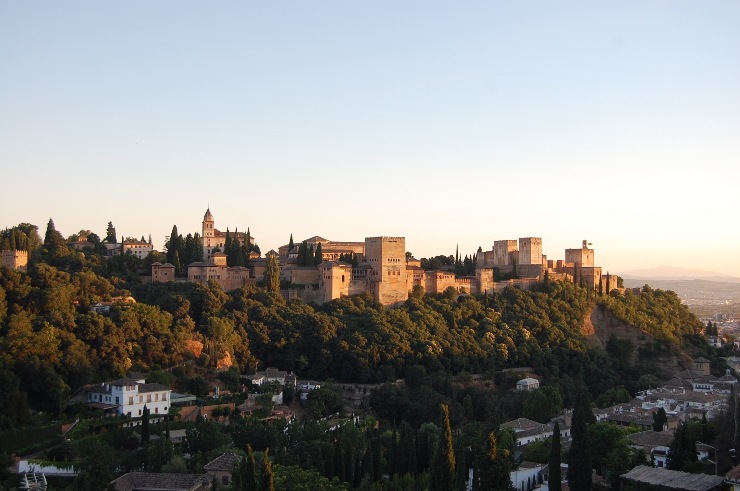 There are monuments whose importance comes from one reason, but this is not the case. The Alhambra is huge in many ways. Its size is proportional to its historical meaning as well as its beauty. It leads you to another time and awakes your senses.

If you are in Granada or Spain or planning to, you can’t miss it. We recommend you to buy your tickets as soon as possible. As we said before, it is one of the most visited sites in the world so the tickets are sold soon. Would you like to run out of them?

Explore the rest of the city for context 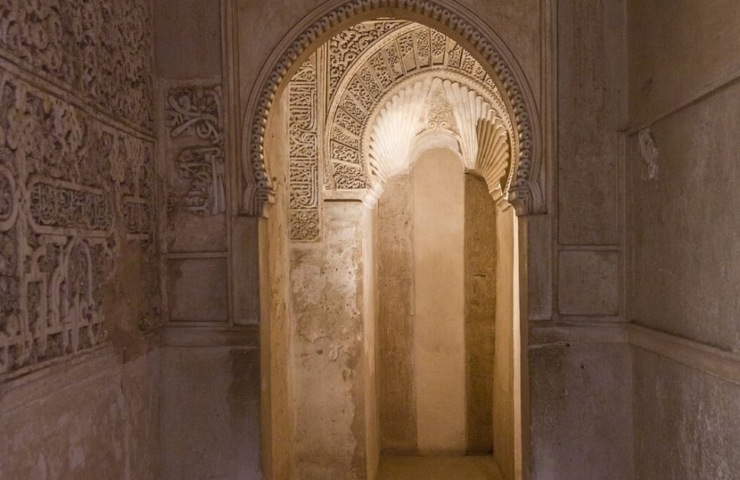 Granada is more than a city, it is a historical centre, a must know for every single person interested in Spain or Europe. It is impossible to calculate its cultural value and not only because of the Alhambra. Granada has an impressive background which is present everywhere, especially in the city centre or in the Albaicin and Sacromonte neighborhoods.

When you are strolling, you can see how the Moorish culture influences the town. You can notice its evidence from the historical sites’ architecture and pattern. But what is most astonishing is that you also can see it in “ordinary” buildings.

That is why we advise you to take a guided tour in Granada.

Granada means “pomegranate” in Spanish. If you pay attention, you will note how the pomegranate is everywhere in the city. No wonder the town is called Granada

Can I visit the Alhambra on my own?

You can do it, but you will likely miss more than 50% of the information.  You will enjoy the views, but you won’t understand the meaning of the scenery you have in front of you.

Maybe you look for privacy when you travel. If so, don’t worry because you can hire your own guide. In this way, there will be no one but you and your travel partners.

Buy a guided tour of the Alhambra 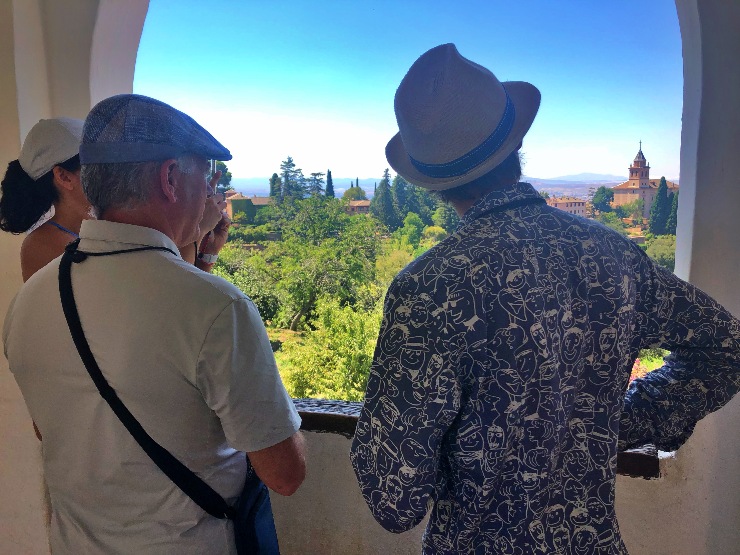 We know, you are still wondering “Why should I choose a guided tour when I can simply buy an entry only ticket which is obviously cheaper”?

Well, the Alhambra Palace holds centuries of history, Moorish and Spanish, and that is best explained by a historian guide. You can ask them umpteen questions: There is a live person who tells you stories and facts that no book or website will ever tell.

In addition, guides lead you to the best spots at the right moment so you can take the best pictures in the Alhambra.

Here you can book your private tour of the Alhambra.

And on this link you can buy tours in Alhambra.

Choose your  place near the Alhambra

Even though Granada is a fairly large city for this part of Spain, deciding where to stay in Granada shouldn’t be too difficult. As a tourist there, your main focus will likely be on the Alhambra and the Old Town, so the city center is where you want to be looking for accommodation.

The good news is that generally the best places to stay in Granada and many of the city’s options are found there so you shouldn’t run into too many difficulties finding the right area to stay in.

If you’re looking to wrap yourself in comfort and grandeur, stay at the Hotel Alhambra Palace up on the hill by the city’s most famous attraction. Located close to the Alhambra with stylish rooms and excellent service, this hotel is a treat to stay at.

Here you can see the best luxury hotels in Granada.

For a nice mix of home comforts, style, and affordability, “Petit Palais 1829” is well worth considering. This large apartment in the city center has everything from a kitchen to a washing machine truly, making you feel at home.

Another possibility for accommodation is looking at places to stay on booking.com and choose the accommodation that suits you best.
So, with all of that said, the Alhambra definitely is worth visiting.

The best time to visit the Alhambra is always. Depending on the season, you’ll have different hints.

In September and October you’ll find that the city has nice weather, but more visitors. The same goes for April, May, and early June, though these months can be a little cooler.

If you are interested in this matter, read our post “what is the best time to visit the Alhambra”.

What are you waiting for to visit the Alhambra? 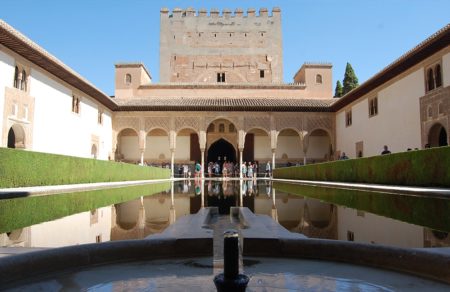 Private tour of the Alhambra and Generalife gardens 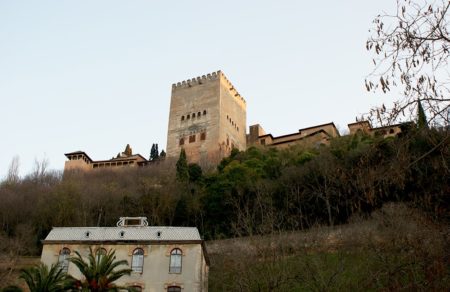