Les Champs-Élysées are also in Granada 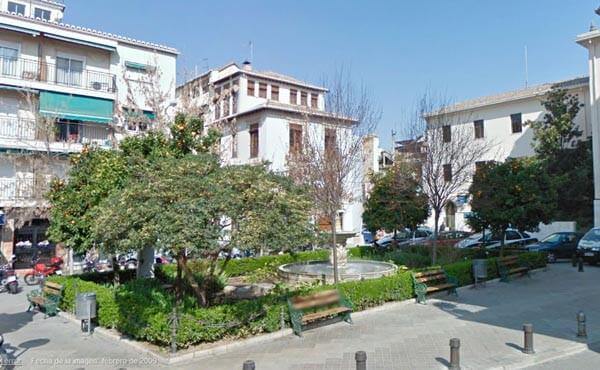 Champs-Élysées Square, or Plaza de los Campos Elíseos lies in a crentral square. It is in the middle of the stately neighbourhood of the Realejo, halfway between the City Hall and Campo del Príncipe.

Its name was shortened and has now become the well-known Plaza de los Campos, but its pretentious yet illuminating original name gives us an idea of the large symbolic role the area had for Granada bourgeois liberalism in the 19th century.

Well-to-do families liked to walk through quiet areas with trees, outside of the central area. This small square became a meeting place for the Realejo’s upper class.

In the Elysium Fields, such as in heaven

According to Greek mythology, the Campos Elíseos, coming from Elysium Fields, are one of the parts of the Heavens, with all the other uses being derived from it. Therefore, by extension, any wonderful place can be referred to in the same way. So, it would be like a piece of heaven.

Surrounded by numerous trees and vegetation protected by thick chains, it has a large circular stone fountain in the middle, to which a contemporary sculptural group has added a spout.