Visits to the Alhambra for schools and educational centers

These tours for students to the Alhambra turn the Red Fortress into an educational resource to learn about the natural, artistic, historical and heritage value of the citadel and its Nasrid legacy.

The different pedagogical tours have been programmed so that they can be integrated in the school curriculum of secondary or high school education, between the ages of 12 to 18.

The walks pass through the interior of the fortress, its palaces, the Generalife and its surroundings from the other side of the wall to the natural environs surrounding the area.

You can choose from 5 educational itineraries:

Educational tour of the Alhambra and Generalife 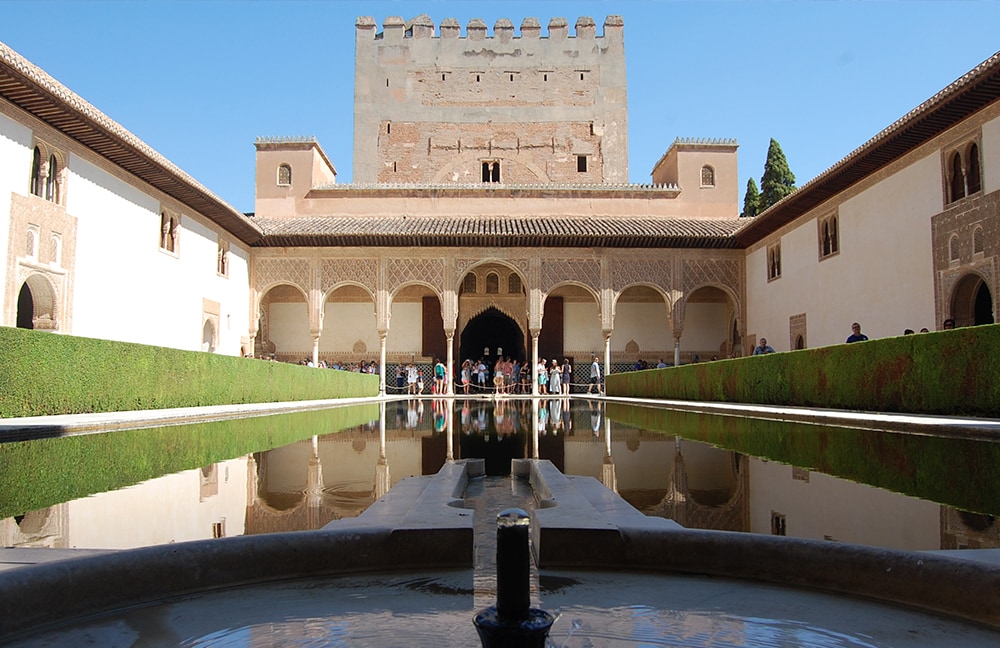 The Alhambra, Granada’s most iconic monument, was named World Cultural Heritage by UNESCO in 1984. A symbol of great power in medieval times, Al-Andalus reached its cultural and scientific splendour in the 14th century, as well as an undeniable manifestation of the artistic, still reflected in the beauty of its palaces and splendid gardens.

The Alhambra is a wonderful educational resource to understand the scope of the Nasrid dynasty and to value the precious legacy left to us by our Arab ancestors in Granada and throughout the peninsula. We encourage you to enter the Red Fortress and learn about its history from our guides. 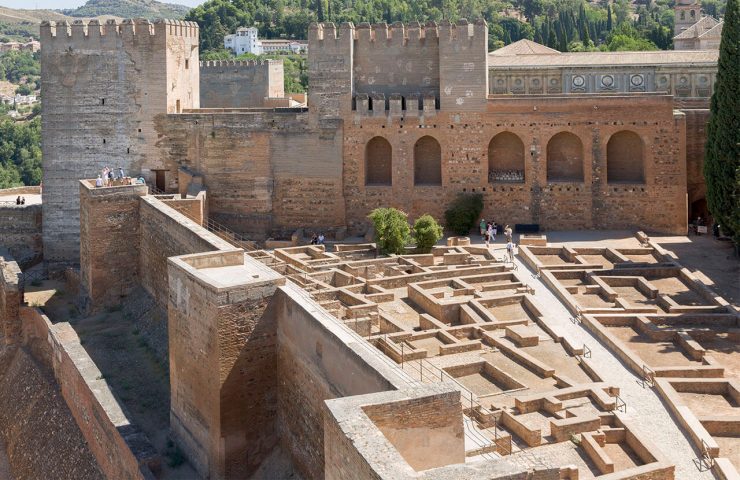 This route is designed to recreate with students just how the Muslim Alhambra was in the 13th, 14th and 15th centuries. Focusing on the territorial organization and the defensive structure of the medieval fortress, the tour achieves its objectives so that the student is able to use and understand the key terms of the history of the most important fortification of the empire that runs from Sultan Muhammad I Al-Ahmar to Muhammad XIII Boabdil, and his pact with the Catholic Monarchs in the fall of the Nasrid kingdom and the conversion of the Moors.
Knowing how to orient yourself and understanding the meaning of terms such as Medina or Hammam and knowing the services that the different bodies provided to the court will be explained in detail by our guides who specialise in the history of the Alhambra.

Hydraulic system. The conquest of water 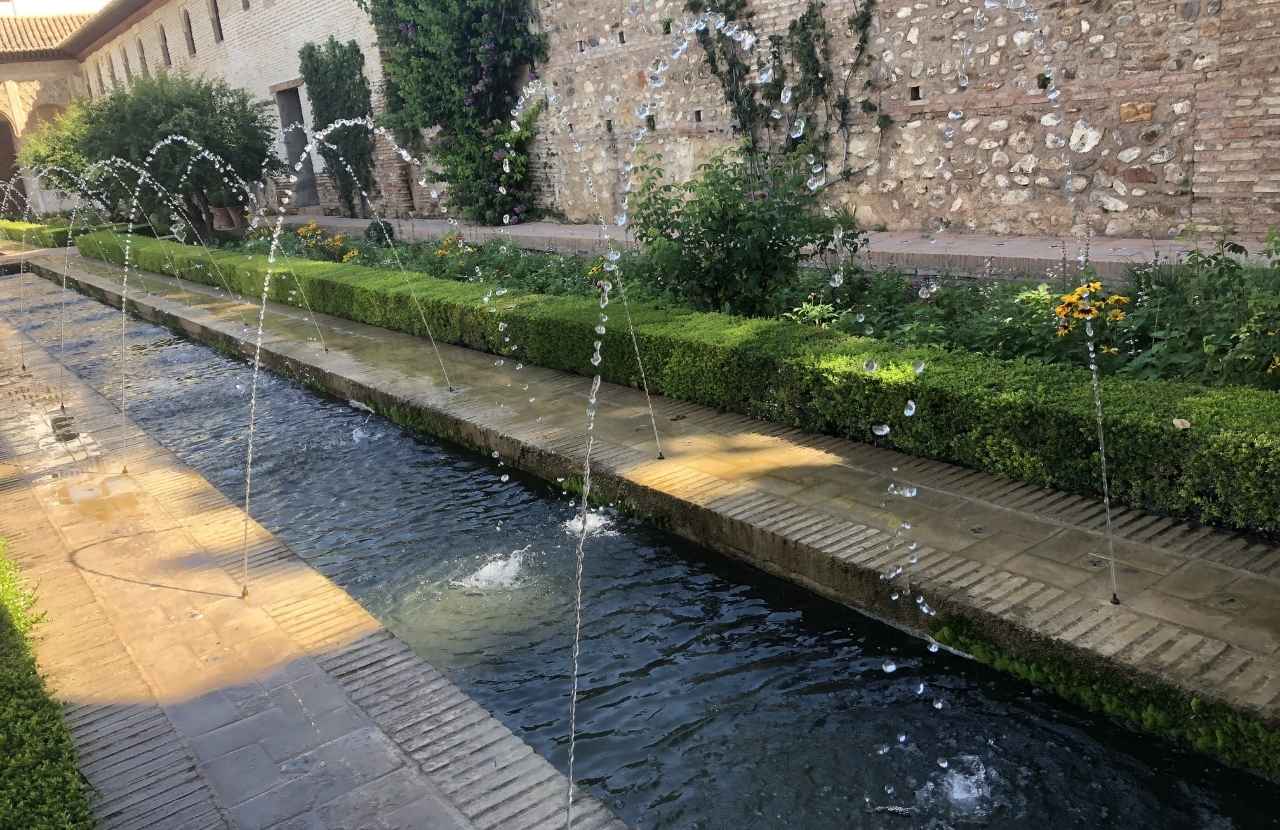 One of the emblems of the wealth of the Nasrid kingdom is the complexity of the hydraulic system used to supply the city and the red fortress. This is the great theme of this tour, designed to give the student a thorough perspective and understanding of the proper functioning that made the Alhambra one of the key models of Andalusian splendor.
Our guides will explain how the arrival of water to the territory was the result of a brilliant feat of engineering that required construction of a dam, a system of irrigation channels and branches and a series of essential elements for the transport of the water to supply the medieval Islamic society of eight hundred years ago. Even today, a part of it is still working.

Around the Alhambra: the Sabika 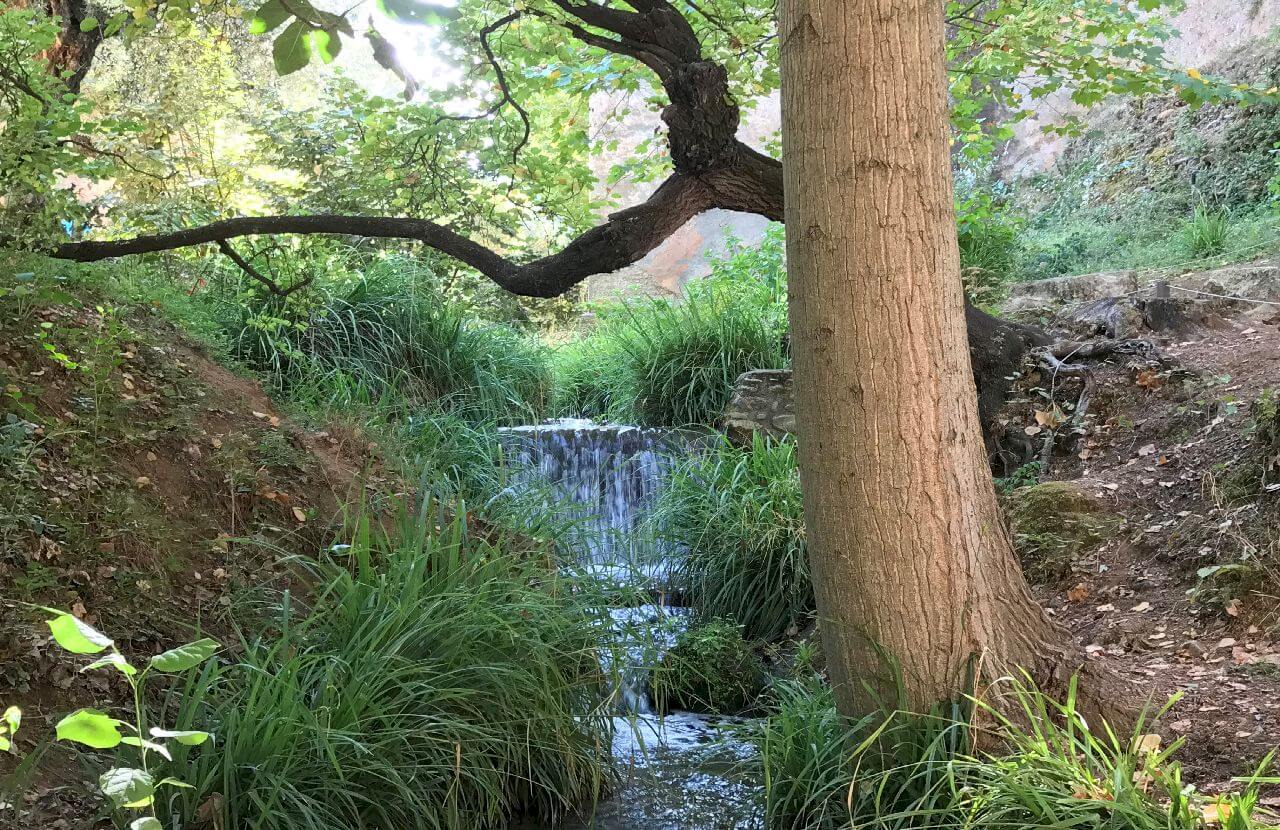 In this comprehensive tour, our professionals will guide the students from one side to the other of the Sabika hill, entering the public spaces of the enclosure and stopping at some of the most important monumental spaces and understanding important aspects of what was “Medina Alhambra”. This is a perfect tour for students who will learn about the vegetation of the hill that borders the corners of the Alhambra wall, the water, the soil, the gates and its defensive system. The students will also understand the importance of what we know today as “the Christian Alhambra”, discovering the history of this important heritage site.

The water of the Alhambra: a walk through its natural setting (Fuente del Avellano) 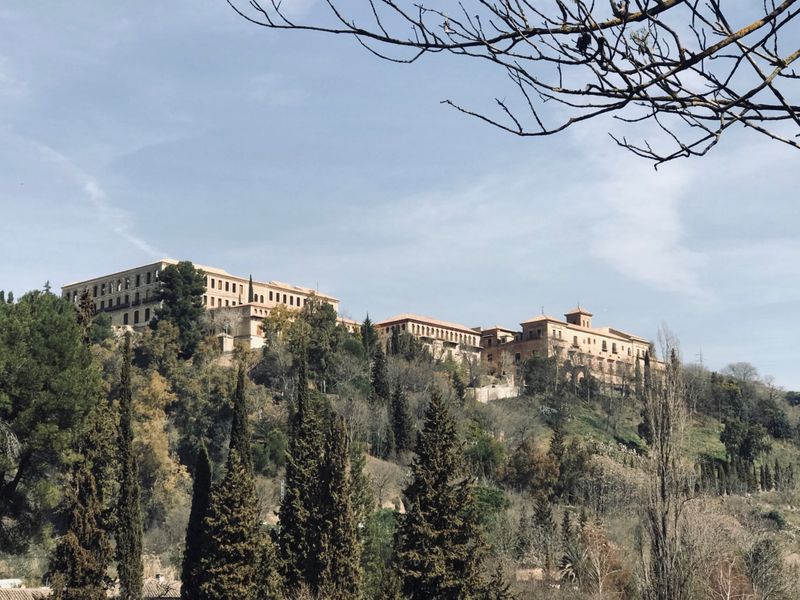 We know that in the Islamic culture water played an essential role, apart from being an indispensable requisite for the subsistence of the inhabitants of the Nasrid kingdom it also fulfilled an aesthetic and religious goal. On this tour our guides will address these issues as we walk with the students through some of the city’s least known and most beautiful spots.
A tour that runs along cliffs dotted with riverside vegetation and the Castle of Santa Elena from where to enjoy the most spectacular views of the Alhambra, the Sacromonte and the Vega of Granada. Providing students with the opportunity to have an overarching vision of the scope of the Andalusian kingdom, of the Sierra Nevada peaks and the efficient orientation and use of the natural environment for the functioning of life in the Kingdom. Finally, we will arrive at the Fuente del Avellano, a reference point in the romantic hegemony of 19th century intellectuals and artists.

Objectives of the student tours to the Alhambra