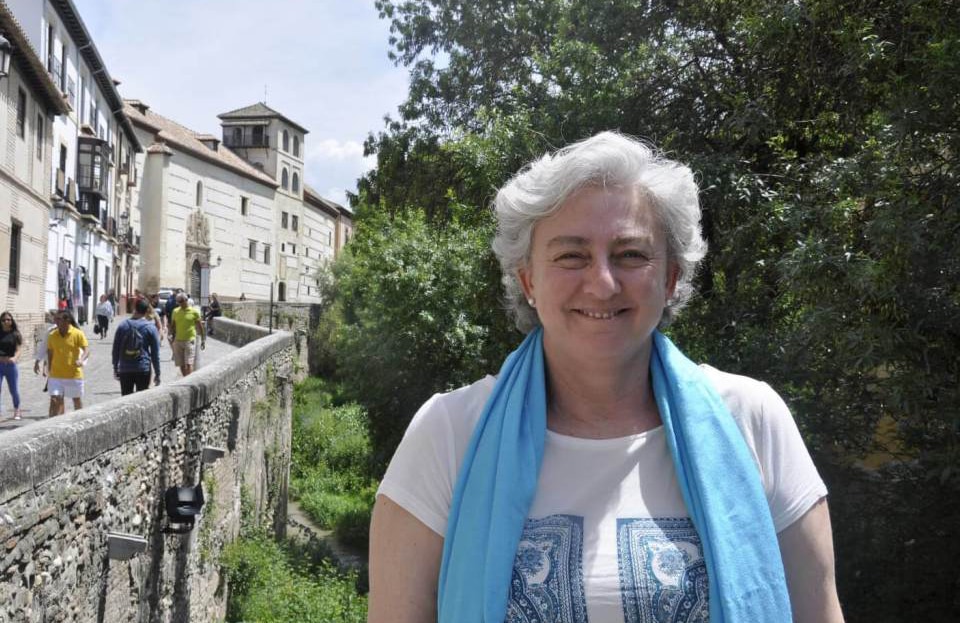 CEO I am the only responsible for CICERONE since 2012. I must say that, to date, CICERONE has given me a lot of gratifications. I am truly happy and proud of the professional staff who work with me, and the awards and quality certificates that we earn every year thanks to their excellent work. CICERONE is the result of efforts to link the philosophy that lies behind Heritage Interpretation: a certain way of showing and explaining heritage to visitors who are interested in it; with a demanding professional and entrepreneurial approach that is concerned with the quality of the service, the content of the guided tours, and which makes personal attention to the client a priority. 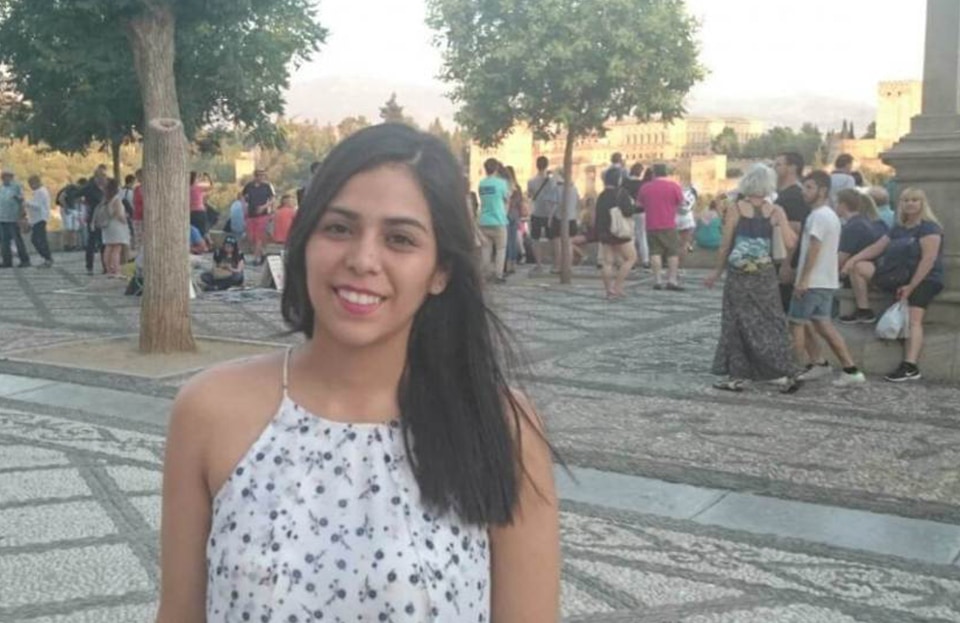 Booking Management, B2C service I have been part of the Cicerone team since the beginning of 2017. I am in charge of reception and customer service, so it will be my pleasure to attend you in our shop on Calle San Jerónimo, 10. I am motivated by the work I do because it allows me to interact with people from different places every day, and help them however I can. If you would like to get to know Granada and explore the city in the hands of the experts, you have come to the right place 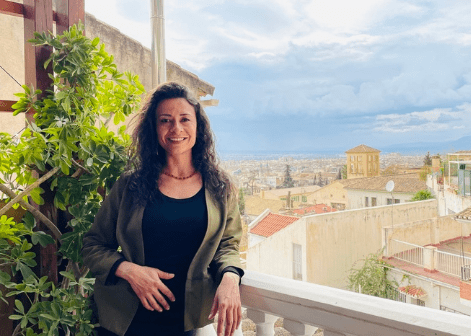 Commercial Director I am Paula, responsible for Cicerone's corporate clients. I define myself as a versatile professional, with a productive vision and the ability to adapt to change. For more than 20 years, when I arrived in Spain, I have had a special connection with Granada. Living here still seems like a dream to me and I truly enjoy helping our clients to have the best possible experiences in Granada. This magic city has given me peace in difficult times, but it has also given me the opportunity to be part of the Cicerone team, a leading company with a positive impact on our society. For me it is a privilege that gives me constant pleasure and ensures I am always motivated. 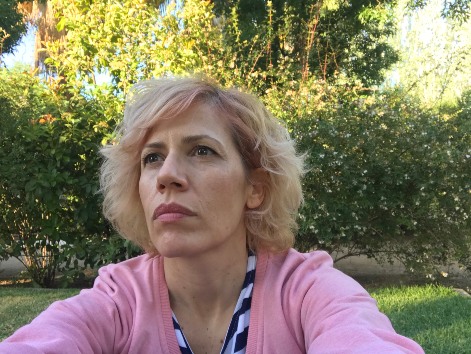 Marketing and Communications Manager I joined Cicerone Granada team in May 2018. Reaching this privileged position has allowed me to combine two of my passions, the world of marketing and our wonderful city of Granada, a unique place to live and share with others. I love this city so much that, even after so many years, there is always a new corner which catches your attention or an incredible view in which to lose yourself. Don't hesitate to come to Granada, you'll want to come back again and again. We're here to help you get to know it in depth. 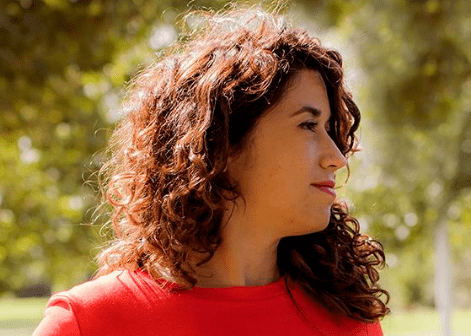 Tour guide, Heritage Interpreter The three main vital passions in my life have been Art , History and discover new places. In 2003 I finished my degree in Art History, after completing a year specializing in archeology and prehistory at the University of Cork (Ireland) and another year in Barcelona. In 2019 I finished my doctorate in Educational Sciences specializing in Arts which allowed me to collaborate with different research teams: Goldsmith University (London) and Haifa (Israel). Currently, I work as a Tourism guide and Interpreter of the Heritage of Granada, the city where I was born and where every day I facilitate experiences and accompany the discovery of this city with so much magic and goblin. I always try to adapt to the group demandings, to transmit a clear, pleasant and accessible way. 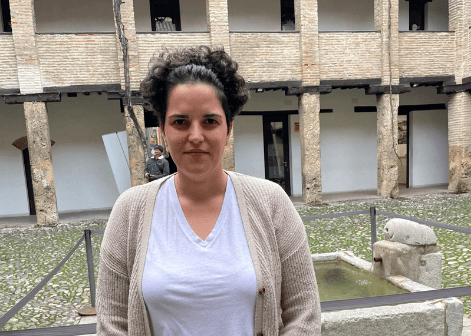 Tour guide, Heritage Interpreter After having finished my studies as a social worker, I realized that my passion was not only helping people but also showing and sharing moments surrounded by history, art and heritage, just what Granada is. In 2015 I finished my studies to become a tour guide having the priviledge of taking groups of people around this beautiful city for two years. I have lived in different countries working in various tourism related sectors, but nothing compares to showing people around the streets of my city. Cicerone gives you the oportunity to get to know it deeply and always accompanied by an expert. 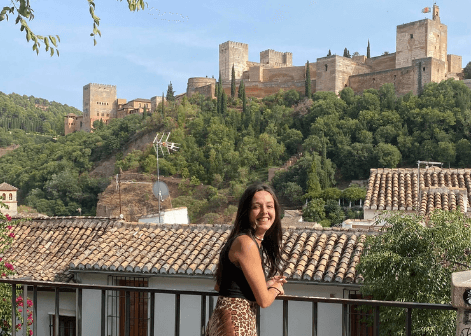 Tour guide, Heritage Interpreter Right after finishing my degree in Tourism, I started living and working as a tourist guide in Budapest. Three years later, I moved back in Granada so I could work and develop my career in here. Choosing this job is one of the best decisions I have ever made, and it is really a privilege being able to work as a tourist guide in this city of Granada. A city made of colors and beautiful places which surprise you and which, together with its people, tell the history of all those bright civilizations that made it exist. With this great family, Cicerone, I can make possible the traveller feels what we feel in Granada day by day. 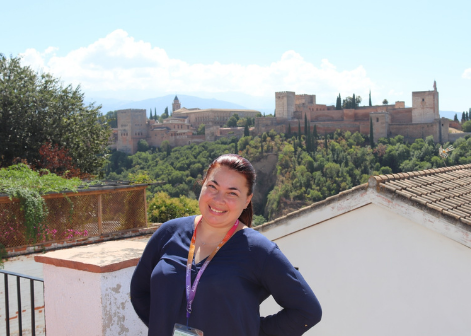 Tour guide, Heritage Interpreter My name is Adriana, I am an official tourist guide by Junta de Andalucia since 2017 and I am from Granada by adoption. Since I started to work in tourism, I realized that I have the privilege to enjoy my work every day. I am passionate about teaching and interpreting the heritage of this magnificent city that I fell in love with, while meeting new friends from all over the world. I will be delighted to welcome you and guide you through Granada. 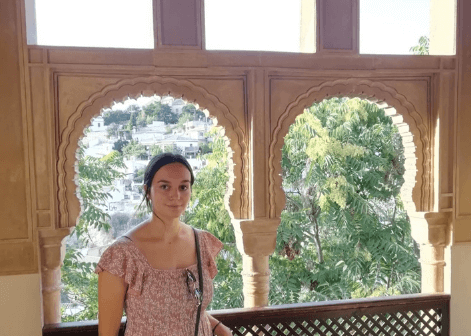 Tour guide, Heritage Interpreter My name is Andrea and I studied Fine Arts. I moved to Amsterdam in 2017, where I lived for 3 years and where my adventure as a tourist guide began. I came to Granada at the beginning of the pandemic. I feel really privileged of being able to walk through the streets of the Albaicín, which makes you feel in another time and place, or to be able to visit such impressive monuments as the Alhambra very often... To be able to see, feel, touch, smell, because Granada is all of that, sensations and feelings. 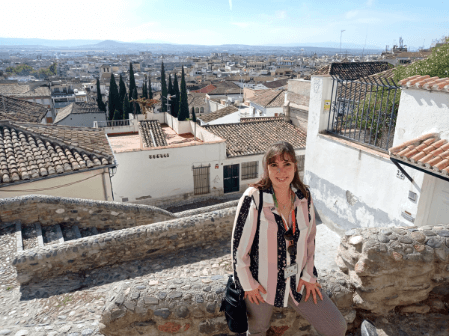 Tour guide, Heritage Interpreter I started working as a guide for Cicerone in June 2012, for one season. In 2013 I moved to London to work and improve my English, staying there until March 2014, when I came back to work for Cicerone, until now. Like everyone else who works here, I love Granada, to show it and walk in it. And dealing with people who are seeing it for the first time is wonderful. It is hard to single out just one place in Granada, but I think that no-one can forget the views from the vantage points on the Verea de Enmedio del Sacromonte, because in my opinion these are the best panoramas of the city. 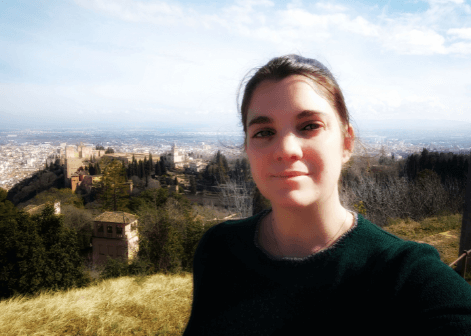 Tour Guide, Heritage Interpreter   My name is Carmen Sofía Serrano, I was born in Granada, and I have a degree in Business and Tourist Activities, and also I have been an Official Tourist guide since the summer of 2011. Afterwards I have never stopped training to become a heritage interpreter, finishing many different courses and improving languages, so nowadays I have more than eight years of experience guiding guests around my city, and holding cultural events and activities. Moreover, I also love hiking and taking pictures, to share them on my blog, where you can discover some curiosities about Granada, and unusual sites of my beloved city. 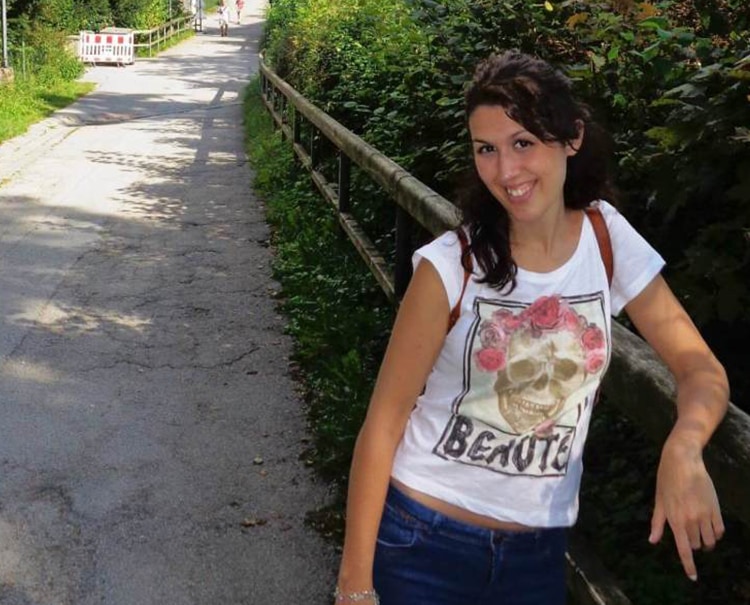 Tour Guide, Heritage Interpreter I have been working in Cicerone as a guide since March 2016, meeting lovely people every day and showing them the beauty and magic of Granada. I love rediscovering the city every day on my walks. There is always something different, a sound, an effect of the light which makes me see Granada in a new light. Before Cicerone I started at the Legado Andalusí Foundation and worked for nearly 5 years on projects related with the Alhambra, such as educational programmes, cultural exhibitions, information services and special visits, like that of the Infanta Elena. 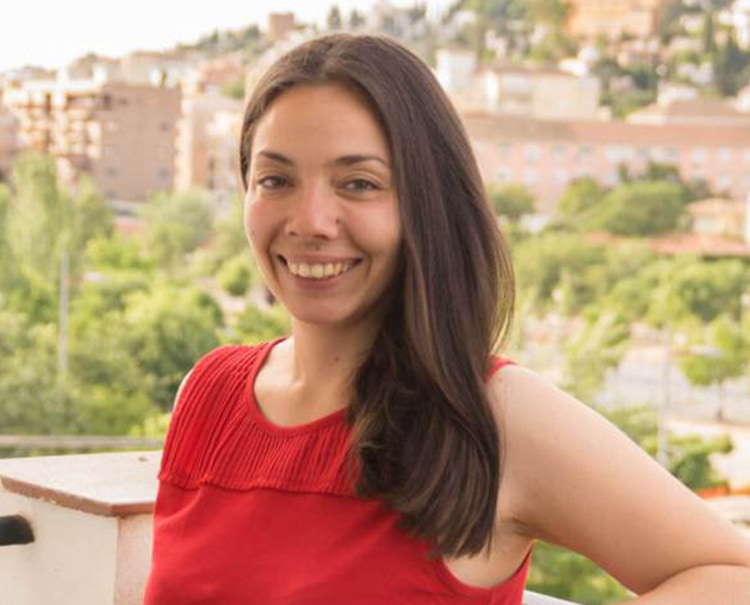 Tour Guide, Heritage Interpreter I have always felt a special connection to the history of my city and I admit that I have a wish: I wish that the stones could speak! But, since this isn’t the case, I spend my time interpreting them. I graduated in History of Art in 2010 and from then on, every route seems to have led me to Cicerone. I like wandering around the Albayzin and Sacromonte, by the old wall that borders the city, as well as going outside the walls.

Tour Guide, Heritage Interpreter I started my internship as a tour guide at Cicerone in February 2017. I know, my name doesn’t sound particularly Spanish. That’s because it isn’t. I’m from Belgium and that’s where I grew up. My passion for Granada and its history was what made me leave my town, friends and family behind and move here. As a historian, I feel very lucky to live in a city like Granada that’s so rich in history. Thanks to Cicerone, I have been working at an exhibition which tells the story of life in Granada during Al-Ándalus: The Exposición Madinat Garnata.